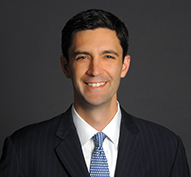 Scott Toussaint is an associate in the Washington, D.C. office of Gibson, Dunn & Crutcher and a member of the firm’s International Trade Practice Group.  His practice focuses on compliance with U.S. laws governing international business transactions, including economic sanctions, export controls, and foreign investment in the United States.

Mr. Toussaint advises clients on matters before the U.S. Department of the Treasury’s Office of Foreign Assets Control (OFAC), the Committee on Foreign Investment in the United States (CFIUS), and other regulatory and enforcement agencies.  He has extensive experience counseling U.S. and foreign companies on compliance with OFAC sanctions, obtaining licenses and authorizations, developing corporate compliance programs, and assessing the national security implications of proposed mergers and acquisitions.  He represents clients across a wide range of industries, including energy, financial services, private equity, shipping, manufacturing, and technology.

Mr. Toussaint is admitted to practice in the State of California and the District of Columbia.