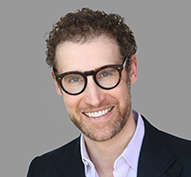 Steve Tsoneff is a partner in Gibson Dunn’s Century City office.  He has two decades of experience advising content producers, distributors, and financiers in a variety of media and entertainment transactions, with a focus on the production, licensing, and distribution of audiovisual content and various approaches to the financing of such content , including single-project, slate, corporate, and co-financing transactions.

Mr. Tsoneff returned to Gibson Dunn after serving as General Counsel & Head of Business Affairs for the entertainment production company Madison Wells Media from 2017 through 2021, where he was a member of the core management team leading the company’s development, production, and financing activities across film, television, live stage, podcasting, and digital media.  He currently practices in the firm’s Corporate Transactional Department and was previously Co-Chair of the firm’s Media, Entertainment and Technology Practice Group.

Prior to joining Madison Wells Media, Mr. Tsoneff was a partner at Gibson Dunn and practiced at the firm from 2000 to 2017.

Mr. Tsoneff has received numerous industry accolades, including multiple appearances on The Hollywood Reporter’s Top 100 Power Lawyers list, and Variety’s Dealmakers Impact Report list and Legal Impact Report lists, as well as  The Daily Journal. He was previously ranked by Chambers USA as an “Up and Coming” California lawyer in the category of Media and Entertainment: Transactional.

Mr. Tsoneff is admitted to practice law in California.