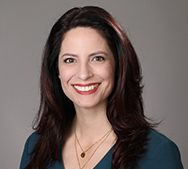 Jessica Valenzuela is a partner in the Palo Alto office of Gibson, Dunn & Crutcher and a member of the Securities Litigation Practice Group.  Ms. Valenzuela’s practice focuses on securities, corporate governance and other complex business litigation, including the defense of securities class actions, derivative suits and M&A-related class actions.  In addition to representing clients in state and federal courts, she also represents companies, boards and special committees in government and internal investigations and counsels public and private companies and their directors and officers about a wide range of issues relating to corporate governance, insider trading, disclosure obligations, director and executive compensation matters and litigation risk and strategy.

Ms. Valenzuela is ranked among the leading Securities Litigation practitioners in California by Chambers USA:  America’s Leading Lawyers for Business.  She is recognized in the 2023 edition of The Best Lawyers in America® for her expertise in Litigation – securities. Ms. Valenzuela has been named to The Daily Journal’s list of “Top Women Lawyers” and The Recorder’s “Women Leaders in Tech Law.”  She was also recognized as a Benchmark Litigation “Future Star,” to the Lawyers of Color “Hot List” and Silicon Valley Latino’s “40 Under 40 Latinos2Watch.”  In 2014, she was a Leadership Council on Legal Diversity Fellow.

Prior to joining Gibson Dunn, Ms. Valenzuela was a partner at Cooley LLP.

Ms. Valenzuela graduated from Stanford Law School with distinction in 2002.  She received her Bachelor of Arts from Stanford University in 1999, where she graduated with departmental honors.

*Includes representations prior to Ms. Valenzuela’s association with Gibson Dunn.