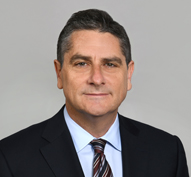 Craig Varnen is a litigation partner in the Los Angeles office of Gibson, Dunn & Crutcher. Mr. Varnen serves as Co-Chair of the Firm’s National Securities Litigation Practice Group, which is consistently recognized as one of the best securities litigation groups in the country. Mr. Varnen is an experienced trial attorney who has represented clients in a broad range of  “bet the company” commercial disputes.  His practice focuses on complex commercial litigation, with an emphasis on securities litigation.  Mr. Varnen has decades of experience representing public companies and their officers/directors in the defense of federal and state securities class actions, derivative actions and government  proceedings.  These cases often involve claims related to public offerings, accounting and disclosure practices, mergers and acquisitions, insider trading, corporate governance issues or allegations of breaches of fiduciary duties. Mr. Varnen is also regularly retained to conduct high-profile internal investigations, as well as advise boards and officers on fiduciary duty and corporate governance issues.  He has also handled a wide range of other business and class action litigation, including many different types of consumer class actions, cases involving the misappropriation of trade secrets, employment litigation, and insurance matters.  He also often counsels clients in employment contract-related matters.

Mr. Varnen is currently ranked by Chambers USA in the category of Securities Litigation. Mr. Varnen also was selected by his peers for inclusion in the 2022 edition of The Best Lawyers in America in the area of Securities Litigation. He is frequently asked to speak on a variety of topics relating to securities and complex commercial litigation, and is listed as pre-approved panel counsel for the major D&O insurance carriers. From 2012-2019, he was recognized by Southern California Super Lawyer for his business litigation expertise. He was also named a Southern California Rising Star by Super Lawyers.

Mr. Varnen served as a law clerk for the Hon. Cynthia Holcomb Hall in the United States Court of Appeals for the Ninth Circuit.

Mr. Varnen serves on the board of trustees of the Curtis School.

Mr Varnen is admitted to practice law in the state of California, before the United States District Court for the Central and Northern Districts of California, and the U.S. Court of Appeals for the Ninth Circuit.