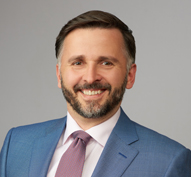 Oleh Vretsona is a partner in the Washington, D.C. office of Gibson, Dunn & Crutcher.  He currently practices in the firm’s Litigation Department, where he focuses on white collar criminal defense, internal investigations, regulatory inquiries, antitrust, and corporate compliance.  Mr. Vretsona has represented clients in a wide variety of matters, including matters arising under the U.S. Foreign Corrupt Practices Act and antitrust matters, and he has advised clients on structure and implementation of corporate compliance programs.

Mr. Vretsona has significant experience in conducting internal investigations and advising clients on the effectiveness of their internal compliance controls.  Mr. Vretsona has participated in and managed numerous internal investigations for publicly held corporations involving operations in Russia, Eastern Europe, and various other countries and regions, and conducted extensive fieldwork in those countries, including numerous witness interviews.  In the area of corporate compliance, Mr. Vretsona’s work often includes reviewing reporting mechanisms, internal payment controls, third-party controls, and compliance training and messaging, as well as drafting new compliance policies.  Mr. Vretsona also has participated in the FCPA compliance monitorships of Siemens AG and Statoil ASA, and has held leadership roles in the Siemens AG monitorship.  In the area of antitrust, Mr. Vretsona’s practice includes representing clients before the Federal Trade Commission and the Department of Justice in connection with mergers and acquisitions, and investigations.

Mr. Vretsona received his law degree, magna cum laude, in 2006 from the University of Minnesota Law School, where he was elected to the Order of the Coif, and served as an editor of the University of Minnesota Law School Journal of Law and Inequality.  Mr. Vretsona also earned a Specialist Degree in Law, with High Distinction, in 1997 from L’viv National University, L’viv, Ukraine, where he was a recipient of the I. Franko Scholarship.  In Ukraine, where he practiced law for two years, Mr. Vretsona substantially contributed toward receiving a Constitutional Court of Ukraine interpretation of labor law favoring recognition of the role of independent trade unions in protecting the labor rights of their members.

Mr. Vretsona is fluent in Ukrainian and Russian.  He is admitted to practice in New York and the District of Columbia.