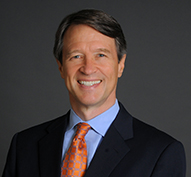 Mr. Wagner is a Chambers-ranked attorney in White Collar Crime and Investigations, and is listed in the 2021 edition of Best Lawyers in America® for white collar criminal defense. An experienced trial and appellate attorney, he has tried 18 felony criminal cases in federal court, and argued multiple appeals in the Ninth Circuit and the Fifth Circuit.  Mr. Wagner received a California Lawyer Attorney of the Year “CLAY” award from California Lawyer Magazine in 2014, and a Meritorious Honor Award from the U.S. Department of State in 2006.  In 2012 the Daily Journal named him as one of the Top 100 Lawyers in California.  In 2018, he received a Champion of Educational Justice Award from California Rural Legal Assistance, Inc. for his pro bono work on a civil rights case involving disciplinary practices in Modesto City schools.  As an Assistant U.S. Attorney, he received the Executive Office of U.S. Attorneys Director’s Award for Superior Performance three times, for cases involving health care fraud, money laundering, and domestic terrorism.

Prior to joining Gibson Dunn, Mr. Wagner served as United States Attorney for the Eastern District of California from November 2009 through April 2016.  Appointed by President Obama, he oversaw the district’s three offices and 175 employees, covering over half the area of California.  During his tenure, he was appointed by Attorney General Eric Holder to the Attorney General’s Advisory Committee, where he served for three years, working with Department leadership on national law enforcement policy.  He was also appointed by Attorney General Loretta Lynch to serve as Co-Chair of the White Collar Crime Subcommittee.  For five years Mr. Wagner also co-chaired the Mortgage Fraud Working Group of the President’s Financial Fraud Enforcement Task Force, a national multi-agency group that worked to enhance mortgage fraud enforcement.  As U.S. Attorney, Mr. Wagner oversaw investigations leading to multi-billion dollar settlements with two national financial institutions, and numerous investigations under the False Claims Act in the health care, defense and education industries that led to record FCA recoveries in the district.

Mr. Wagner served as an Assistant U.S. Attorney and as Chief of the Special Prosecutions Unit in the Eastern District between 1992 and 2009, handling investigations, trials and appeals in criminal matters involving financial fraud, tax evasion, health care fraud, money laundering, domestic terrorism, public corruption, and other offenses.  From 2007 to 2009, he served as the office’s anti-terrorism coordinator.  From 2005 to 2006, he served as the Department of Justice’s first Resident Legal Advisor in Jakarta, Indonesia, where he provided technical assistance to Indonesian law enforcement authorities addressing terrorism, public corruption, cybercrimes, money laundering and other issues. As U.S. Attorney, as a supervising Assistant U.S. Attorney, and as a national security prosecutor, he held a security clearance and supervised investigations and prosecutions involving cyber intrusions, hacking and cyber espionage.

Prior to his government service, Mr. Wagner was an Associate at the New York office of a national law firm for over five years, where his practice involved both civil litigation and corporate finance transactions.

Mr. Wagner earned his Juris Doctor in 1986 from New York University School of Law, where he was Managing Editor of the Journal of International Law and Politics.  He received his undergraduate degree in 1982 from Dartmouth College.

Mr. Wagner is a member of the Board of Trustees of Menlo College.

Mr. Wagner is admitted to practice in California and New York.