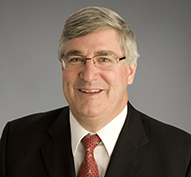 Mr. Warin is continually recognized annually in the top-tier by Chambers USA, Chambers Global, and Chambers Latin America for his FCPA, fraud and corporate investigations expertise.

In 2021 Global Investigations Review named Mr. Warin to its list of Top FCPA Practitioners, which “highlights 30 outstanding lawyers and forensic advisers in the Foreign Corrupt Practices Act space.” Who’s Who Legal named Mr. Warin a “Global Elite Thought Leader” in its 2020 and 2019 Investigations guides list for Business Crime Defense – Corporate and Investigations.  In 2021, Mr. Warin was selected by Chambers USA as a “Star” in FCPA, a “Leading Lawyer” in the nation in Securities Regulation: Enforcement, and a “Leading Lawyer” in the District of Columbia in Securities Litigation and White Collar Crime and Government Investigations.  In 2017, Chambers USA honored Mr. Warin with the Outstanding Contribution to the Legal Profession Award, calling him a “true titan of the FCPA and securities enforcement arenas.”  He has been listed in The Best Lawyers in America® every year from 2006 – 2022 for White Collar Criminal Defense.  U.S. Legal 500 has repeatedly named him as a “Leading Lawyer” for Corporate Investigations and White Collar Criminal Defense Litigation.  He has been recognized by Benchmark Litigation as a U.S. White Collar Crime Litigator “Star” for nine consecutive years (2011-2019), and was named to Securities Docket’s “Enforcement 40” for 2017.  Mr. Warin is also recognized in Legal Media Group’s 2021 Expert Guide to the World’s Leading White Collar Lawyers.  In 2020, Mr. Warin was also named a Leading Individual by Legal 500 Latin America in a new category, “International Firms: Compliance and Investigations.  In 2019, Latinvex named Mr. Warin one of Latin America’s Top 100 Lawyers in the category of FCPA & Fraud. In 2020 and 2018, Washingtonian Magazine named Mr. Warin as one of Washington’s “Top Lawyers” in White Collar Criminal Defense.  BTI Consulting named Mr. Warin to its 2020 “BTI Client Service All-Stars” List.

Global Investigations Review ranked Mr. Warin’s group No. 1 in its GIR 30, its “annual guide to the world’s leading firms to turn to during the lifecycle of an investigation and its aftermath,” for the fourth consecutive year. The publication noted that Gibson Dunn “is the premier firm in the investigations space and has an unrivaled FCPA practice.” In 2016 Who’s Who Legal and Global Investigations Review named Mr. Warin to their list of World’s Ten-Most Highly Regarded Investigations Lawyers based on a survey of clients and peers, noting that he was one of the “most highly nominated practitioners,” and a “’favourite’ of audit and special committees of public companies.” Best Lawyers® named Mr. Warin the Lawyer of the Year in 2020 and in 2016 for White Collar Criminal Defense in the District of Columbia, and he was named among the Lawdragon 500 Leading Lawyers in America in 2021.

Mr. Warin has handled cases and investigations in more than 40 states and dozens of countries. His clients include corporations, officers, directors and professionals in regulatory, investigative and trials involving federal regulatory inquiries, criminal investigations and cross-border inquiries by dozens of international enforcers, including UK’s SFO and FCA, and government regulators in Germany, Switzerland, Hong Kong, and the Middle East. His credibility at DOJ and the SEC is unsurpassed among private practitioners – a reputation based in large part on his experience as the only person ever to serve as a compliance monitor or counsel to the compliance monitor in three separate FCPA monitorships, pursuant to settlements with the SEC and DOJ: Statoil ASA (2007-2009); Siemens AG (2009-2012); and Alliance One International (2011-2013). He has been hired by audit committees or special committees of public companies to conduct investigations into allegations of wrongdoing in a wide variety of industries including energy, oil services, financial services, healthcare and telecommunications.

Early in his career, Mr. Warin served as Assistant United States Attorney in Washington, D.C. As a prosecutor, he tried more than 50 jury trials and was awarded a Special Achievement award by the Attorney General. Mr. Warin was awarded the Best FCPA Client Service Award by Main Justice in 2013 and he joined the publication’s FCPA Masters list. He was named a Special Prosecutor by the District of Columbia Superior Court in 1988.

Mr. Warin graduated from the Georgetown University Law Center, where he was Editor of Law and Policy in International Business. He received his Bachelor of Arts degree cum laude from Creighton University, where he was student body president. He served as a law clerk for United States District Court Judge J. Calvitt Clarke, in the Eastern District of Virginia. He has been a member of the American Bar Association’s White Collar Criminal Law Committee since 1988 and served as president of the Assistant United States Attorneys Association. Mr. Warin has been selected to serve on insurance company panels for securities class actions. He is currently a member of the Board of the International Association of Independent Corporate Monitors.