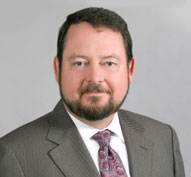 John M. Williams is a partner in Gibson, Dunn & Crutcher’s Orange County office and is a member of the firm’s Mergers & Acquisitions and Private Equity Practice Groups.

Mr. Williams has extensive experience in representing boards of directors and private equity funds in structuring, negotiating and closing transactions for public and private companies. These transactions have included domestic and cross-border mergers, stock and asset acquisitions, joint ventures and restructurings. He also has significant experience in advising boards of directors in corporate governance, securities compliance and general corporate matters. Mr. Williams has also served as counsel to investment banks as an advisor in securities and M&A transactions.

Mr. Williams has been selected by members of the southern California legal community for inclusion in The Best Lawyers in America® as an expert in mergers and acquisitions every year since 2008. Over the course of his career, Mr. Williams has represented clients in a wide range of industries including manufacturing, hospitality, energy, consumer/retail, sports, life sciences, communications, technology and industrial.

Mr. Williams received his Juris Doctor cum laude from Georgetown University where he was Editor-in-Chief of Law and Policy in International Business. He holds a Master’s Degree in public administration with an emphasis in intergovernmental management from the University of Southern California and a Bachelor of Arts in political science from the University of California at Irvine. He is admitted as a member of the Bars of California and Washington, D.C. Prior to attending law school, Mr. Williams worked in municipal management in California and then spent several years in Washington, D.C. as the assistant director of a legislative advocacy firm.

An active member of the Orange County community, Mr. Williams sits on the Board of Governors of the Orange County Community Foundation (OCCF), a nonprofit organization which manages assets in excess of $400 million and facilitates annual grants of over $100 million from family offices and other donors to nonprofit organizations that have been reviewed and screened by OCCF. He also sits on the Board of Councilors for the School of Social Sciences at the University of California, Irvine.