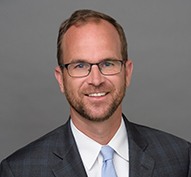 Matthew J. Williams is a partner in the New York office of Gibson, Dunn & Crutcher and is a member of Gibson Dunn’s Business Restructuring and Reorganization Practice Group.

Chambers USA:  America’s Leading Lawyers for Business has consistently ranked Mr. Williams as a top bankruptcy and restructuring lawyer, noting his “exemplary legal skills, superb intelligence and exceptional forward-thinking,” his “winning combination of business acumen and legal expertise,” and his “detail-oriented approach.”  He is praised by clients as a “fantastic young partner who gets the issues, is great at working with hedge funds, and understands the way we think about the world,” a lawyer who “thrives representing private equity sponsors” and is “a strong negotiator who delivers results.”  Mr. Williams has been named a  Law360 “MVP” in Bankruptcy – one of ten “elite attorneys” in the country – for his “successes in record-breaking deals and complex global matters.”  Additionally, Mr. Williams has been named by Lawdragon to its Lawdragon 500 Leading Global Restructuring & Insolvency Lawyers and Lawdragon 500 Leading U.S. Bankruptcy & Restructuring Lawyers guides.  In 2010, he was recognized as one of 12 “Outstanding Young Restructuring Lawyers” in the nation by Turnaround & Workouts Magazine.  That same year, Law360 called him one of the “Rising Stars” in restructuring and “one of the 10 bankruptcy attorneys under 40 to watch.”

The College of New Jersey - 1994 Bachelor of Arts