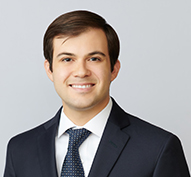 Robert Batista is an associate in the Washington, D.C. office of Gibson, Dunn & Crutcher.  He practices in the firm’s Litigation Department, and is a member of the Appellate and Constitutional Law practice group and the Administrative Law and Regulatory practice group.

Mr. Batista is admitted to practice law in the District of Columbia.