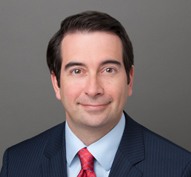 Mr. Brodsky is a seasoned trial lawyer with an outstanding track record.  He has been called a “tenacious” and “tireless” advocate by commentators, colleagues and adversaries alike.  The New York Times described Mr. Brodsky as an “animated” “work horse” who “endear[s] himself to juries with impassioned, eloquent presentation.”  The Wall Street Journal noted Mr. Brodsky has a “legendary work ethic” and “string of victories.”  Reuters described Mr. Brodsky as “a commanding presence in the courtroom” who impresses with his “blistering cross-examination.”  The New York Post said Mr. Brodsky is “known for winning … and ferocity.”  And The New Yorker described him as an “ebullient and aggressive” “trial animal.”

Mr. Brodsky has received national recognition and many awards for his achievements and litigation skills. His litigation practice includes commercial disputes, civil litigation, and white-collar and securities enforcement matters.  The U.S. Legal 500 recognizes Mr. Brodsky as a leading lawyer in corporate investigations and white collar-criminal defense; he was a leading lawyer on two separate litigation teams that won Benchmark Awards for high-profile commercial litigation matters; and was a Benchmark finalist as one of the top securities lawyers in the country.  Mr. Brodsky is ranked among the top white collar litigators in New York by Chambers USA: America’s Leading Lawyers for Business, describing him as “a superstar” who “puts the fear of God into anyone he is opposite” and “you want in your corner when you’re stepping into the ring” with his “pragmatic and efficient approach.”  Benchmark Litigation has also recognized him as a “Litigation Star” in White-Collar Crime and a “Local Litigation Star” in New York.  Mr. Brodsky has been named as one of the “Top Rated White Collar Crimes Attorneys in New York,” by Super Lawyers, a leading investigations lawyer by Who’s Who Legal: Investigations, and a “Life Sciences Star” in Litigation and Enforcement by LMG Life Sciences. Lawdragon Magazine cited Mr. Brodsky among the “500 Leading Lawyers in America” in 2012. Ethisphere Magazine named him one of 14 “Government Stars” in 2011. In 2012, Mr. Brodsky received the Attorney General’s Award for Distinguished Service; and in 2013, Mr. Brodsky received the Executive Office of U.S. Attorney’s Director’s Award for Superior Performance by a Litigative Team.

Prior to joining Gibson Dunn, from 2004 to 2013, Mr. Brodsky served as an Assistant United States Attorney in the United States Attorney’s Office for the Southern District of New York.  During 6 of his eight years, Mr. Brodsky was a member of the Securities and Commodities Fraud Task Force and investigated and prosecuted a wide range of fraud including insider trading, accounting fraud, investment adviser fraud, commodities fraud, options backdating, market manipulation, broker bribery, hedge fund frauds, and Ponzi schemes; mail/wire fraud; money laundering; and obstruction.  Mr. Brodsky also coordinated parallel civil proceedings with the SEC, bankruptcy trustees, and court-appointed receivers, and he litigated criminal forfeiture proceedings.  He is a leading national expert on insider trading investigations after successfully prosecuting more than 50 individuals for insider trading crimes; using wiretaps in an insider trading trial for the first time in U.S. history; prosecuting the first matchmaking insider trading case in U.S. history; and authoring the first federal wiretaps on a conference line in U.S. history.

Significant Matters as a Federal Prosecutor

The following are Mr. Brodsky’s representative matters as a federal prosecutor: