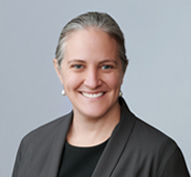 Courtney M. Brown is a partner in the Washington, D.C. office of Gibson, Dunn & Crutcher, where she practices primarily in the areas of white collar criminal defense and corporate compliance.  Ms. Brown has experience representing and advising multinational corporate clients and boards of directors in internal and government investigations on a wide range of topics, including anti-corruption, anti-money laundering, sanctions, securities, tax, and “me too” matters.

Selected investigation and enforcement matters include:

Ms. Brown also counsels corporations on the effectiveness of their compliance programs and in connection with transactional due diligence, with a particular emphasis on compliance with anti-corruption laws, anti-money laundering regulations, and economic and trade sanctions administered by the U.S. Department of Treasury’s Office of Foreign Assets Control.

Ms. Brown has participated in two government-mandated FCPA compliance monitorships and conducted anti-corruption and compliance trainings for in-house counsel and employees.  She also has experience advising companies on the application of the U.S. Sentencing Guidelines and, since 2014, has been a contributing author for the ABA’s treatise, “Practice Under the Federal Sentencing Guidelines.”

Ms. Brown completed a secondment at a Fortune 100 company, where she advised global legal and business teams on compliance with anti-corruption laws.

Ms. Brown received her law degree in 2008 from the University of Chicago Law School.  Prior to law school, Ms. Brown worked for the Chairman of the U.S. Senate Health, Education, Labor and Pensions Committee.  Ms. Brown earned her undergraduate degree from Harvard University, where she was co-captain of the NCAA Division I championship women’s crew team and an All-American selection in rowing.

Ms. Brown is a member of the bars of the District of Columbia and Virginia.