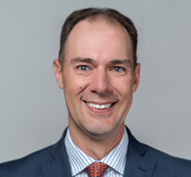 Mr. Campbell also has an active pro bono practice.  Among other deserving clients, Mr. Campbell represents individuals who were deprived of their First Amendment rights to practice their religion while incarcerated.  He also works with the Innocence Project to identify prisoners who were wrongfully convicted, and previously worked with the Clemency Project, seeking clemency for federal prisoners serving excessive sentences for drug-related offenses.  Mr. Campbell was also a member of the team that received the firm’s 2012 Frank Wheat Memorial Pro Bono Award for its work with Lawyers Without Borders providing anti-corruption training in Kenya.

Mr. Campbell is admitted to practice law in the State of Colorado, the U.S. District Court for the District of Colorado, and the U.S. Court of Appeals for the Tenth Circuit.

University of Utah - 2002 Bachelor of Arts