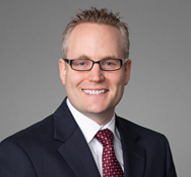 Michael Cannon is a tax partner in the Dallas office of Gibson Dunn & Crutcher LLP.

Mr. Cannon has significant experience with the tax aspects of mergers and acquisition transactions, and has represented both buyers and sellers in a number of transactions, both public and private, including cross-border matters.  He also dedicates a significant part of his practice to transactions and offerings in the energy and infrastructure space, including oil and gas, MLP and renewable energy (solar and wind) transactions (both on the sponsor side and on the tax-equity side).  He also represents investment fund sponsors in connection with tax structuring matters, and has particular expertise with oil and gas, real estate and infrastructure funds.  Mr. Cannon also has substantial experience in representing real estate investors and sponsors in a wide variety of transactions, including complex joint ventures.

Prior to joining Gibson Dunn, Mr. Cannon served as a law clerk for several years, first for the Honorable Justice Thomas Rex Lee of the Utah Supreme Court and then for the Honorable Thomas B. Griffith of the United States Court of Appeals for the District of Columbia Circuit.

Mr. Cannon is admitted to the bar of the State of Texas.  Mr. Cannon was recognized for obtaining the second highest score on the July 2012 Texas Bar Exam.