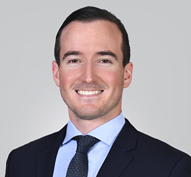 Chaplin J. Carmichael is a litigation associate in the Los Angeles office of Gibson, Dunn & Crutcher.

Mr. Carmichael earned his J.D., summa cum laude, from the University of California, Irvine School of Law, where he was articles editor for the UC Irvine Law Review and vice president of the Student Bar Association, among other activities.  Mr. Carmichael also successfully briefed and argued a First Amendment appeal on behalf of an indigent prisoner in the Ninth Circuit, was a legal extern in the civil division of the U.S. Attorney’s Office for the Central District of California, and did pro bono work for the Orange County Public Defender’s Writs & Appeals Unit.  Chaplin earned his B.A. in Political Science and minor in Environmental Studies from the University of Michigan, Ann Arbor.

Mr. Carmichael is a member of the California Bar and is admitted to practice before the United States District Court for the Central District of California.

University of Michigan - 2016 Bachelor of Arts