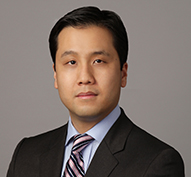 Daniel P. Chung is a partner in the Washington, D.C. office of Gibson, Dunn & Crutcher. He is an experienced trial and appellate attorney, and his practice focuses on white-collar criminal defense, internal investigations, regulatory enforcement, and commercial litigation matters.

From 2008 to 2012, Mr. Chung served as an Assistant United States Attorney in the Southern District of New York.  He investigated and prosecuted a wide range of complex federal criminal cases, involving securities fraud, Ponzi schemes, bank fraud, mail fraud, wire fraud, health care fraud, insurance fraud, immigration fraud, money laundering, complex racketeering, murder, terrorism, and international drug cartels.  In particular, as a member of the Organized Crime Unit, Mr. Chung led several large and complex racketeering investigations and prosecutions of the La Cosa Nostra Organized Crime Families, as well as Russian and Asian criminal organizations based in the United States and abroad.  As an Assistant U.S. Attorney, Mr. Chung tried eight federal criminal jury trials to verdict, and briefed and argued numerous federal appeals before the Second Circuit. Mr. Chung is recognized in Legal Media Group’s 2021 Expert Guide to the World’s Leading White Collar Lawyers.  In 2019, Mr. Chung was named by Benchmark Litigation as one of its “Future Litigation Stars” in Washington, D.C. He was also named by the National Law Journal as one of its 2017 Rising Stars in Washington, D.C. In 2015, he was named by the Washington Business Journal as one of its “40 under 40” who have achieved professional excellence while maintaining a commitment to the community. In 2012, he received the Federal Law Enforcement Foundation’s “Prosecutor of the Year” award.

Because of the nature of Mr. Chung’s practice, many of his most successful matters have not resulted in public charges and remain confidential.

Mr. Chung is proficient in Korean and conversant in Japanese and German. He is admitted to practice in the state of New York, and before the U.S. District Courts for the Southern and Eastern Districts of New York and the United States Court of Appeals for the Second Circuit.