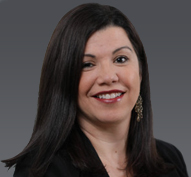 Rommy Conklin is a senior associate in the Los Angeles office of Gibson, Dunn & Crutcher.  She is a member of Gibson Dunn’s White Collar Defense and Investigations, Anti-Corruption and FCPA, Securities Enforcement, and Latin America Practice Groups.

Ms. Conklin’s practice focuses on white collar defense and  internal and government investigations with an emphasis on cross-border investigations and the U.S. Foreign Corrupt Practices Act (FCPA).  She has represented clients across a variety of industries, including technology, banking and finance, infrastructure, and telecom.

Ms. Conklin’s white collar defense and investigations experience relates to a wide range of topics, including compliance with the FCPA and other anti-bribery laws, securities laws, and anti-money laundering laws.  Additionally, she advises clients on the effectiveness of their internal controls and compliance programs, including on ethical matters and in connection with transactional due diligence, with an emphasis on compliance with anti-corruption laws.

Prior to joining the Firm, Ms. Conklin was a senior associate at two international law firms  where she handled a broad range of white collar matters and civil litigation matters in federal and state courts.