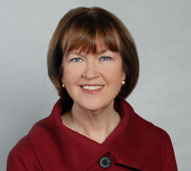 Cathy has been recognized as a leading employment lawyer by Chambers USA: America’s Leading Lawyers for Business from 2009-2020.  She is also recognized by her peers as one of The Best Lawyers in America® in the area of Employment Law from 2015 – 2021.  In 2019, Cathy was named a “Labor & Employment Star” by Benchmark Litigation and a “Leading Lawyer” by Legal 500.  Expert Guides named her to its 2017 Guide to the World’s Leading Women in Business Law, which recognizes top female legal practitioners advising on business law.  The Daily Journal named her as one of the Top Labor and Employment Lawyers in California many times, most recently in 2020, and one of the Top Women Lawyers in 2012 and 2014.  Cathy also received the California Lawyer of the Year award from California Lawyer magazine in the employment law category in 2010.