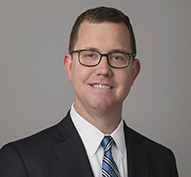 Stuart F. Delery is a litigation partner in the Washington, D.C. office of Gibson, Dunn & Crutcher, a member of the Appellate and Constitutional Law and White Collar Practice Groups, and co-chair of the National Security Practice Group. Before joining the firm, he was the Acting Associate Attorney General of the United States, the third-ranking position at the U.S. Department of Justice. Mr. Delery’s practice focuses on representing corporations and individuals in high-stakes litigation and investigations that involve the federal government across the spectrum of regulatory litigation and enforcement.

Mr. Delery is an experienced appellate and district court litigator who brings extensive private-sector and government experience to bear to help clients navigate major matters that present complex legal and reputational risks.  He has extensive experience working for audit committees and special committees of the boards of public companies in a range of industries to conduct investigations of alleged wrongdoing and to counsel clients on compliance and other legal issues.  He brings experience and judgment to bear in providing practical advice for responding to an immediate crisis and handling matters at the intersection of civil litigation, government investigations, congressional oversight, and public messaging.

Mr. Delery maintains an active pro bono practice, focused recently on LGBTQ rights and immigration issues.  Among other matters, he has represented The Trevor Project, the nation’s largest LGBTQ youth crisis intervention and suicide prevention organization, in filing a series of briefs opposing government actions targeting transgender individuals.  He also filed an amicus brief on behalf of 25 leading corporations and business organizations opposing the addition of a citizenship question to the 2020 Census and emphasizing the importance of accurate census data for businesses.  Mr. Delery also filed an amicus brief in the Supreme Court on behalf of children’s health organizations supporting the Affordable Care Act in the latest case challenging that law, California v. Texas.

Mr. Delery is a Visiting Lecturer in Law at Yale Law School, teaching in Fall 2020 a seminar on Constitutional Practice: Structure and Norms.

As the Acting Associate Attorney General of the United States from 2014-2016, Mr. Delery oversaw the civil and criminal work of five of DOJ’s litigating divisions — Antitrust, Civil, Civil Rights, Environment and Natural Resources, and Tax — as well as components supporting state and local law enforcement, among others.  As a member of DOJ’s senior management team, he assisted the Attorney General and Deputy Attorney General in formulating and implementing DOJ policies.  He routinely advised on the most significant legal questions facing the United States, including questions concerning the scope of authority of the federal government.  As the Acting Associate Attorney General, Mr. Delery was the most senior openly gay official in the Department’s history.

Previously, Mr. Delery was the Assistant Attorney General for the Civil Division, the Department’s largest litigating component, a position to which he was confirmed by the Senate by unanimous consent.  As head of the Civil Division from 2012-2014, he supervised nearly 1,000 lawyers representing the United States, the President and Cabinet officers, and other federal officials.  The Civil Division’s docket covers the full range of government activities, including legal challenges to Congressional statutes, Administration policies and federal agency actions.  He also supervised the DOJ’s enforcement efforts under the False Claims Act, FIRREA and the Food, Drug and Cosmetic Act.

While in the Civil Division, Mr. Delery personally argued some of the government’s most significant cases, including high-profile appeals involving the unconstitutionality of the Defense of Marriage Act, interpretation of the Affordable Care Act and the legality of the National Security Agency’s data collection programs.  The then-Attorney General called Mr. Delery “a lawyer’s lawyer who, even as he has risen to the leadership of the department, continues to thrive in the court setting and routinely is called on to personally argue the most complex cases.”

Earlier in his tenure at DOJ, Mr. Delery served in a number of senior positions, beginning as Chief of Staff and Counselor to the Deputy Attorney General in January 2009.  His positions included Senior Counselor to the Attorney General, in which he advised on national security litigation and policy and matters arising from the Office of the Solicitor General, the Civil Division and the Office of Legal Counsel.

Throughout his DOJ tenure, Mr. Delery’s portfolio included national security policy issues and management of the government’s national security litigation docket, including cases that involved the handling of classified information.  Major issues included detention policy, legal bases for use of force, access to national security information, surveillance programs, sovereign immunity, and foreign affairs.  While in government, he worked closely with every national security-related agency, including the Office of the Director of National Intelligence, the CIA, the Department of Defense, the National Security Agency, the State Department, the Federal Bureau of Investigation (FBI), and the Department of Homeland Security.  He regularly represented the DOJ in interagency policy discussions and supervised litigation involving all of these agencies.  He participated in the government’s response to large breaches of classified information.

Mr. Delery led several significant DOJ initiatives.  For example, in June 2013, the Attorney General asked Mr. Delery to lead the government-wide implementation of the Supreme Court’s decision in United States v. Windsor, which struck down Section 3 of the Defense of Marriage Act as unconstitutional.  That effort, which addressed more than 1,000 federal statutes, regulations and programs that involved marital status, involved a team of lawyers from across the Department and was completed in less than a year.  At the time, the Human Rights Campaign called the government’s implementation of Windsor “the single largest conferral of rights to LGBT people in history.”  In 2015, Mr. Delery led the creation of the Department’s Service members and Veterans Initiative, designed to coordinate and expand DOJ’s work to protect the rights and interests of service members, veterans and their families.

In recognition of his service, Mr. Delery received the Edmund J. Randolph award, considered the Department of Justice’s highest award.

Prior to his government service, Delery practiced with an international law firm from 1995 to 2009, where he had a diverse litigation and securities practice.  Mr. Delery’s clients included large corporations, a national accounting firm, financial institutions, a public university, individuals, non-profit and public-interest organizations, and international organizations.  Mr. Delery’s matters while in private practice included constitutional and public policy litigation, including representation of the University of Michigan and its law school in Grutter v. Bollinger and Gratz v. Bollinger concerning the consideration of race in admissions; high-profile, international internal corporate investigations for boards of directors or board committees, including for the Special Investigative Committees of the Boards of Enron Corp. and WorldCom, Inc.; and cases involving securities and other financial frauds in federal and state courts, and in enforcement proceedings by the SEC and other regulators.

Mr. Delery clerked for U.S. Supreme Court Justices Sandra Day O’Connor and Byron White and for Judge Gerald Bard Tjoflat of the U.S. Court of Appeals for the Eleventh Circuit.  He received his law degree in 1993 from Yale Law School, where he served as an Articles Editor of the Yale Law Journal.  Mr. Delery graduated with Highest Distinction from the University of Virginia in 1990.

University of Virginia - 1990 Bachelor of Arts