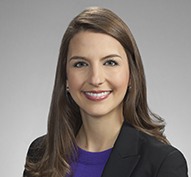 Christine Demana is Of Counsel in the Dallas office of Gibson, Dunn & Crutcher.  She is a member of the Firm’s Litigation Department, as well as the Trade Secrets Practice Group; the Media, Entertainment, and Technology Practice Group; and the Intellectual Property Practice Group.

Ms. Demana has deep trial-court experience in the technology industry and in litigating and counseling clients on high-stakes bet-the-company and trade secrets matters, coauthoring the two-part “2019 Trade Secret Roundup and 2020 Trends” in Bloomberg Law.  Ms. Demana also has represented a number of Fortune 500 companies in prosecuting and defending business claims, including breach of contract, securities and other frauds, consumer product defects, antitrust violations, and employment issues, and she has successfully defended several of these companies in large class action litigations.  She plays a substantial role in these matters through all aspects of investigation, pre-trial litigation, trial, and appeal in courts throughout the country, and has been repeatedly recognized by The Best Lawyers in America© as a “One to Watch” in Commercial Litigation and as a Super Lawyers Rising Star.

Ms. Demana practice focuses on framing cases—she has a unique ability to extract key facts from complex cases to craft a winning case strategy, and then translate that strategy into compelling oral arguments, briefs, key depositions, and presentations at trial.  She also has expertise developing a media strategy for large public matters.

In addition to Ms. Demana’s commercial litigation docket, she proudly maintains an active pro bono practice serving individual clients in need. In each of 2014 and 2015, the New York Legal Aid Society awarded her its outstanding service award for her work on behalf of New Yorkers with disabilities challenging the Disaster Supplemental Nutrition Assistance Program in the aftermath of Superstorm Sandy. She has also represented individual clients charged with federal crimes in both trial court and on direct appeal, including delivering oral arguments before the Seventh Circuit.

Ms. Demana serves as a member of the Dallas Regional Chamber of Commerce’s Innovation Taskforce, which supports the launch and growth of innovation activities in the Dallas area by connecting entrepreneurs, innovators, researchers, and the business community.

Prior to joining Gibson, Dunn & Crutcher, Ms. Demana served as a law clerk to the Honorable David C. Godbey of the United States District Court for the Northern District of Texas.  She received her Juris Doctor in 2011 from Harvard Law School, where she was both a student attorney and the Vice President for Practice Standards at the Harvard Legal Aid Bureau, and she earned her Bachelor of Arts degree with High Distinction in Organizational Studies and Communication Studies from the University of Michigan. Before attending law school, Ms. Demana was an account executive with a multinational advertising agency in Chicago.

University of Michigan - 2007 Bachelor of Arts