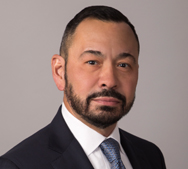 ​Miguel A. Estrada is a partner in the Washington, D.C. office of Gibson, Dunn & Crutcher.

Mr. Estrada has represented clients before federal and state courts throughout the country in a broad range of matters.  He has argued 24 cases before the United States Supreme Court, and briefed many others.  He has also argued dozens of appeals in the lower federal courts.

Best Lawyers® recognized Mr. Estrada as a 2023 “Lawyer of the Year” in Intellectual Property Litigation and as a 2020 “Lawyer of the Year” in Appellate Practice.  He has been recognized by Benchmark Litigation as a 2020 U.S. Appellate Litigation “Star”.  In 2014, The American Lawyer named Mr. Estrada a “Litigator of the Year,” praising his “brains and tenacity” and noting he is the lawyer to call for “a tough, potentially unwinnable case.”  From 2014-2022, Chambers & Partners has named him as one of a handful of attorneys that it ranked in the top tier among the nation’s leading appellate lawyers.  Chambers & Partners noted that “clients are impressed by his intellect and ability,” with clients saying, “He’s got a quick, sharp intellect and is a very effective advocate,” and “He’s razor-sharp in his thinking and has a real flair in his writing.”  The Atlantic described his oral argument in a 2014 high-profile separation-of-powers case as “one of the most dazzling arguments the marble chamber has heard in many years.”

Mr. Estrada was selected by his peers for inclusion in the 2022 edition of The Best Lawyers in America® in the area of Appellate Law, in addition to previous recognition by the publication in the specialties of Bet-the-Company Litigation, Commercial Litigation and Criminal Defense: White Collar, Intellectual Property Litigation, and Regulatory Enforcement Litigation in the areas of SEC, Telecom, and Energy. In 2017, he was elected as a member of the American Law Institute.  In 2021, Mr. Estrada was named among the Lawdragon 500 Leading Lawyers in America.  In 2004, Legal Times named him one of the top 12 appellate litigators in the D.C. area, noting that “people who follow appellate practice in Washington have known for several years that Estrada . . . is one of the best around.”  Also in 2004, Washingtonian Magazine named him one of the top constitutional law lawyers “who could become one of the legends of the Supreme Court bar.”

Mr. Estrada joined Gibson Dunn in 1997, after serving for five years as Assistant to the Solicitor General of the United States.  He previously served as Assistant U.S. Attorney and Deputy Chief of the Appellate Section, U.S. Attorney’s Office, Southern District of New York.  In those capacities, Mr. Estrada represented the government in numerous jury trials and in many appeals before the U.S. Court of Appeals for the Second Circuit.  Before joining the U.S. Attorney’s Office, Mr. Estrada practiced corporate law in New York with Wachtell, Lipton, Rosen & Katz.

Mr. Estrada is a Trustee of the Supreme Court Historical Society.  He was formerly a member of the Board of Visitors of Harvard Law School.

Recent Court of Appeals matters include:

In addition, Mr. Estrada is lead appellate counsel to Vivendi S.A. in two securities-fraud appeals from jury verdicts that are currently pending in the Second Circuit, and to the National Association of Broadcasters in a challenge to certain procedures promulgated by the FCC in connection with the upcoming Spectrum Auction.  Mr. Estrada also recently presented argument before the D.C. Circuit on behalf of the tobacco industry in a first amendment challenge to certain compelled disclosures that were imposed as part of the government’s long-running civil RICO case against the industry.