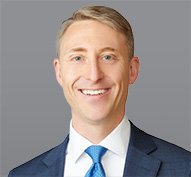 Gustav W. Eyler is a partner in the Washington, D.C. office of Gibson, Dunn & Crutcher.  He is Co-Chair of the firm’s FDA and Health Care Practice Group and a member of the White Collar Defense and Privacy Practice Groups.  An experienced litigator and a former Director of the U.S. Department of Justice’s Consumer Protection Branch, he defends companies and individuals in government investigations and enforcement actions and counsels clients on the design and implementation of compliance programs.

Clients also rely on Mr. Eyler’s experience to mitigate the risk of government enforcement actions through corporate compliance programs and proactive litigation.  At the Justice Department, Mr. Eyler helped to craft new corporate compliance guidance as a member of the Deputy Attorney General’s Corporate Crime Advisory Group.  He also litigated multiple challenges to actions of the Food and Drug Administration and other agencies in courts throughout the country.

Before serving as Director of the Consumer Protection Branch, Mr. Eyler worked as a Counselor to the Attorney General, providing advice on matters related to the U.S. Attorney’s Offices, the Criminal Division, the FBI, and the DEA.  He also served as a prosecutor in the Criminal Division’s Fraud Section and the U.S. Attorney’s Office for the District of Maryland.  Mr. Eyler is a recipient of both the Attorney General’s Distinguished Service Award and the Attorney General’s Fraud Prevention Award.  Prior to joining the Justice Department, Mr. Eyler worked at Gibson Dunn, as counsel to the U.S. Senate Judiciary Committee, and as a law clerk to Judge Thomas L. Ambro of the U.S. Court of Appeals for the Third Circuit.