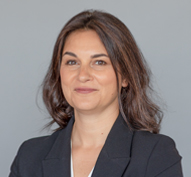 Nataline Fleury is a partner in the Paris office of Gibson, Dunn & Crutcher LLP, and a member of the firm’s Labor and Employment practice group.

Nataline Fleury heads the Labor and Employment practice in Paris, where her work focuses on employment law and social security issues. Ms. Fleury provides French and international clients  with employment law advice related to corporate reorganizations and downsizing, mergers and acquisitions, and relationships with unions and employee representatives. Ms. Fleury’s work encompasses a broad range of issues including but not limited to, the implementation of workforce reduction plans, employment audits, employment contracts, executive earnings programmes, transactional agreements and dealing with employee representatives, in particular for the implementation of collective agreements, codes of compliance and data protection policies.

Legal 500 EMEA 2021 has distinguished Nataline Fleury as a “Next Generation Partner” in its Employment category (Tier 3). Le Magazine des Affaires ranks her Tier 1 for redundancy plans and collective litigation while Option Droit & Affaires recommends her labor practice too in its 2021 Restructuring ranking.

Before joining Gibson Dunn in 2019, Ms. Fleury practiced with Ashurst from 2008 to 2019, as head of the Paris Employment practice for 11 years.  Prior, she practiced with Jones Day  for 10 years.

Admitted to the Paris bar in 2000, Ms. Fleury  speaks both French and English fluently. She is a member of Avosial, a lawyers’ only club devoting their professional activity to legal representation and advice to employers in the field of labor law and social security, and a member of Women in Restructuring, a club gathering female professionals in the field of distressed companies.

* Some of these matters may have been handled prior to Nataline Fleury’s joining Gibson Dunn.

She speaks French and English fluently.