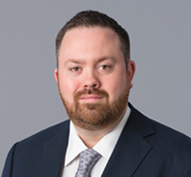 Mr. Hallatt routinely advises on new regulatory developments and compliance advisory matters, as well as the extraterritorial impact of third-country regulation, such as MiFID II and the EU Benchmark Regulation.  He is a leading expert on culture, conduct and governance, having worked with regulatory bodies including the Financial Stability Board (FSB) on recent reforms in this area. He has also led the industry response on a number of the most significant regulatory change issues in recent years, working closely with senior figures from major regulators, including the SFC, HKMA, Hong Kong Insurance Authority (IA) and the Monetary Authority of Singapore (MAS), together with leading industry associations, including the Asia Securities Industry & Financial Markets Association (ASIFMA) and the Alternative Investment Management Association (AIMA).

Mr. Hallatt is highly ranked by Chambers Asia Pacific for both contentious and non-contentious regulatory work.  In the 2021 edition a client noted: “William has his ear to the ground when it comes to regulatory developments across Asia,” adding: “He is the first person I speak to concerning regulatory developments and his advice is always practical and measured. His experience in regulatory investigations allows him to think several steps ahead as to where an investigation is heading.”

Before joining Gibson Dunn, Mr. Hallatt served as a partner at Herbert Smith Freehills, where he was head of the firm’s Financial Services Regulatory practice in Asia.  He began his legal career at Linklaters.