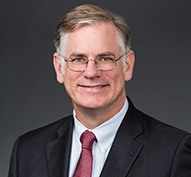 Mr. Hallowell has extensive experience in business and commercial litigation matters, with an emphasis on insurance and reinsurance litigation and arbitration, securities litigation, mergers and acquisitions and corporate control litigation, bankruptcy litigation, antitrust and government investigations.

In insurance and reinsurance matters, Mr. Hallowell has represented insurers in various matters.  He defended The Variable Annuity Life Insurance Company (“VALIC”) in breach of contract litigation brought in the West Virginia Business Court Division by two state agencies on behalf of the West Virginia Teachers Retirement System.  Plaintiffs sought $120 million in “lost investment opportunity” damages arising from VALIC’s liquidation of $248 million in annuity funds in five increments over four years instead of immediately on demand. In 2017, VALIC prevailed in an arbitration before three West Virginia Business Court judges. The West Virginia Supreme Court of Appeals unanimously affirmed the result.

In 2014 Mr. Hallowell filed suit on behalf of life settlement investor Lavastone Capital, an affiliate of AIG, bringing RICO, fraud, breach of contract, breach of fiduciary duty and unjust enrichment claims against Coventry First, LLC and its owners.  The high-profile matter proceeded on a “rocket docket” schedule in the Southern District of New York, culminating in a two month bench trial conducted in September and October 2015 before U.S. District Judge Jed Rakoff.  The parties reached a confidential settlement while the case was under submission.  In February 2017, Benchmark Litigation recognized the Lavastone action as its “Impact Case of the Year.”

In corporate control litigation, Mr. Hallowell has represented companies, shareholders, directors and underwriters across a range of industries.  Most recently, he won a summary judgment victory in the Southern District of New York for Vista Outdoor Inc. arising from an earnout dispute with the founders of stand up paddle board leader Jimmy Styks.  The Court held that through a sham purchase of nearly one million stickers, the founders sought to net themselves “a cool $6 million” earnout from Vista.  But “[t]hanks, however, to the age-old doctrine of good faith and fair dealing, and similar legal protections,” in the end it was the founders who were “stuck.”  The Second Circuit unanimously affirmed.

In 2013 and 2014, Mr. Hallowell represented Corvex Management and Related Fund Management in litigation and arbitration regarding their investment in CommonWealth REIT, a multi-billion dollar, publicly traded real estate investment trust.  After a two-week arbitration that resulted in the invalidation of defensive bylaws adopted by CommonWealth, Corvex and Related succeeded in a consent solicitation to remove the entire CommonWealth Board of Trustees, and convinced shareholders to elect a new independent slate of trustees.  Mr. Hallowell’s additional corporate control representations include matters for corporations such as iBasis, Inc. and Tenet Healthcare Corporation, and financial advisors such as Goldman Sachs, UBS, Oppenheimer & Co., Centerview Partners and Moelis & Company.

In antitrust matters, Mr. Hallowell previously served as counsel to the Title Insurance Rate Service Association, Inc. (TIRSA), an insurance rating board licensed by the New York State Insurance Department, and to corporations such as Aetna, Intel and Micron.  Mr. Hallowell represented TIRSA in all aspects of its successful defense of class action lawsuits alleging that New York title insurers violated the Sherman Act, the Real Estate Settlement Procedures Act and related state statutes in providing title insurance.  Plaintiffs’ claims were dismissed in New York federal court, and the dismissal was affirmed by the Second Circuit and the United States Supreme Court.

In bankruptcy and restructuring litigation matters, Mr. Hallowell represents Autopistas Metropolitanas de Puerto Rico in litigation related to the restructuring of the Puerto Rico Highways and Transportation Authority.  Among other recent engagements, he has represented an ad hoc group of noteholders in the Akorn Inc. bankruptcy, and the member insurance companies of a major international insurer in the PG&E Corporation bankruptcy.

Mr. Hallowell volunteers his time to pro bono matters.  In 2020 Mr. Hallowell received the Dedication to Justice award from The Brooklyn Bar Association Volunteer Lawyers Project, a non-profit organization committed to the premise that no New Yorker should be denied access to justice because of poverty.  He is also a member of the Board of Directors of the Fund for Modern Courts, an independent, statewide court reform organization committed to improving the judicial system for all New Yorkers.

Mr. Hallowell received his Juris Doctor from Harvard Law School in 1994.  He earned a Bachelor of Arts in Economics and English from the University of Virginia in 1991.  In 1994 and 1995 he was a law clerk to Chief Judge Thomas P. Griesa in the United States District Court for the Southern District of New York.

University of Virginia - 1991 Bachelor of Arts