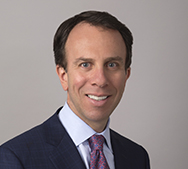 Andrew M. Herman is a member of the firm’s Private Equity and Mergers and Acquisitions Practice Groups.

Mr. Herman’s practice focuses on advising private equity sponsors and their portfolio companies on leveraged buyouts, growth equity investments and other transactions. He also advises public companies on public and private mergers and acquisitions, securities law compliance and corporate governance. He is experienced in advising on the acquisition and sale of sports franchises.

Mr. Herman has been recognized as a top lawyer by Chambers USA from 2011 to present.  He also has been listed in the 2013-2018 editions of Super Lawyers and was recognized as a Notable practitioner in IFLR1000 2020 and 2021 in the areas of mergers and acquisitions and private equity.  In Chambers, Mr. Herman is described as “a good, detail-oriented lawyer,” with clients noting that he “works really well with other attorneys and has a good bedside manner.”  Prior to joining Gibson Dunn, Mr. Herman was a partner with Kirkland & Ellis.

Mr. Herman graduated in 1995 from Columbia University School of Law, where he was a Harlan Fiske Stone Scholar and the submissions editor of the Journal of Transactional Law. He received a master’s degree with honors in accounting from the University of North Carolina, Chapel Hill in 1992.