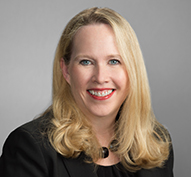 Allyson N. Ho is a partner in the Dallas office of Gibson, Dunn & Crutcher LLP and co-chair of the Firm’s nationwide Appellate and Constitutional Law practice group.

Mrs. Ho is “undoubtedly one of the premier appellate lawyers in the United States,” according to Chambers.  She has presented over 85 oral arguments in federal and state courts nationwide, including multiple high-stakes cases on behalf of business before the U.S. Supreme Court.

Her most significant wins include a U.S. Supreme Court reversal worth billions of dollars for unionized employers in the Sixth Circuit; a U.S. Supreme Court reversal limiting the power of federal regulators; a multi-billion dollar environmental win in the Fifth Circuit; a multi-billion dollar commercial victory for the founder of a technology company in the Appellate Division of the New York Supreme Court; a billion dollar environmental win in the Houston Court of Appeals; a nine-figure commercial victory in the Texas Supreme Court; a nine-figure arbitration win in the Fifth Circuit; reversal of bellwether class certification order in the Michigan Court of Appeals; landmark wins for the health care industry in the Second Circuit, for the technology industry in the Texas Supreme Court, and for the financial services industry in the Fort Worth Court of Appeals; and precedent-setting constitutional victories in federal courts nationwide.

Mrs. Ho is one of only a small group of advocates nationwide, and the only one in Texas, ranked among the country’s top appellate lawyers every year for the past ten years by Chambers.  She is one of the few appellate lawyers nationwide named to the BTI Client Service All-Stars List, recognized by corporate counsel for “delivering the absolute best in client service.”  She received the Gregory S. Coleman Outstanding Appellate Lawyer Award from the Texas Bar Foundation and a Women in Business Award from the Dallas Business Journal, and she has been featured as a “Master Oral Advocate” in a leading textbook on legal advocacy.  She is also routinely named as a leading appellate lawyer by Benchmark, The Best Lawyers in America®, and The Legal 500, among other publications.

Numerous profiles of Mrs. Ho have appeared in the media. The American Lawyer has recognized her in its “Litigators of the Week” column every year for the past three years.  The National Law Journal has repeatedly featured her on its “Appellate Hot List.” Law360 has honored her as an “Appellate MVP,” “Litigation Powerhouse,” and leading member of the “Employment Group of the Year.”  Texas Lawyer has recognized her as a “Distinguished Leader,” “Attorney of the Year Finalist,” leading member of a “Litigation Department of the Year,” and one of the state’s most “Winning Women.”  Other profiles include “Texas Appellate Power Couple” (Texas Lawbook, Jan. 7, 2021), “Three Supreme Court Insiders From Outside the Beltway” (National Law Journal, July 21, 2016), and “A Supreme Month: Lawyer Credits Preparedness in Ability to Argue Two U.S. High Court Cases in Three Weeks” (Texas Lawyer, Dec. 8, 2014).

Mrs. Ho has argued a series of high stakes, landmark cases on behalf of the business community before the U.S. Supreme Court.  National Law Journal called her a “Veteran SCOTUS Advocate” in the “upper echelons of Supreme Court practice.” Law360 named her a “Supreme Court Star” and “one of the nation’s preeminent appellate lawyers.”  And EmpiricalSCOTUS.com ranked her among “the most successful attorneys that currently practice before the Court.”  Mrs. Ho once argued two significant business cases before the Court within the span of 21 days—including a “significant ruling for employers” that “paved a new path for companies paying millions of dollars in retiree health care benefits” (Law360), as well as a landmark administrative law dispute in which “several justices agreed with Ho’s contention that SCOTUS should revisit and overrule its own precedent” (Law360).  She also prevailed against the EEOC in a case that the employment defense bar called “good news for employers across the country.”  And in “the most important patent case in modern history” according to patent law experts, her argument before the Court was credited for “pick[ing] up two votes that pundits thought unreachable.”

Mrs. Ho has a distinguished record of experience at the highest levels of the federal government.  She served as Special Assistant to President George W. Bush, Counselor to Attorney General John Ashcroft, and law clerk to Justice Sandra Day O’Connor of the U.S. Supreme Court and Judge Jacques L. Wiener Jr. of the U.S. Court of Appeals for the Fifth Circuit.

Her record of public service also includes appointments to various boards and commissions.  Among the most notable are her election as a member of the Administrative Conference of the United States, a trustee of the United States Supreme Court Historical Society, a trustee of the Texas Supreme Court Historical Society, and a member of the Federalist Society’s Board of Visitors.  She is also vice chair of the Federal Judicial Evaluation Committee, appointed by U.S. Senators John Cornyn and Ted Cruz to evaluate potential appointments of all federal judges and U.S. Attorneys in Texas, and has previously served on the U.S. Magistrate Judge Merit Selection Panel for the Northern District of Texas.

An active pro bono litigator, Mrs. Ho works most frequently with the First Liberty Institute and as amicus counsel for the State and Local Legal Center, the National Organization for Victim Assistance, and the National Crime Victim Law Institute.  She is a frequent public speaker and active member of the Federalist Society, the American Law Institute, and the Washington Legal Foundation’s Legal Policy Advisory Board.