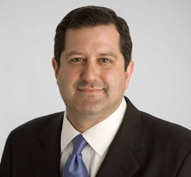 Howard S. Hogan is a partner in the Washington, D.C. office of Gibson, Dunn & Crutcher and is Chair of the Fashion, Retail and Consumer Products group.  Over the course of his career, Mr. Hogan has handled numerous complex cases in a variety of federal and state courts in several different substantive areas including general commercial, securities and employment matters, and internal investigations.

Mr. Hogan’s practice focuses on intellectual property litigation and counseling, including trademark, copyright, patent, false advertising, right of publicity, licensing, and trade secret matters.  Mr. Hogan has represented various corporations and individuals in a broad range of industries, including financial services, sports, fashion, cosmetics, entertainment, transportation, pharmaceuticals, and online services.  A significant portion of Mr. Hogan’s practice involves computer, Internet, and new media-related issues.  He has represented and counseled a wide variety of companies on these issues, whether they are Internet-focused companies or traditional brick–and–mortar companies.  Many of Mr. Hogan’s matters have tested the application of traditional legal principles to the Internet and new media, such as in connection with issues of Internet jurisdiction, online contracting, and the application of trademark and copyright law to search engines, social media, and online sales.  Mr. Hogan also regularly counsels clients in connection with the application of privacy law to online commercial activities and data breaches, and has assisted clients with several substantial trade secrets and information security matters.

Mr. Hogan is a frequent lecturer and writer on intellectual property and technology-related issues.  For example, Mr. Hogan is the co-author, with Gibson Dunn partner Jennifer Bellah Maguire, of Fashion Law and Business: Brands and Retailers, a treatise published by the Practising Law Institute and updated in 2019.  Mr. Hogan is also author of the trademark and domain name chapters of the treatise, Intellectual Property Law in Cyberspace, published by Bloomberg BNA in conjunction with the American Intellectual Property Law Association, and updated annually.  Mr. Hogan has also been a speaker at meetings of the International Trademark Association; the South by Southwest (SXSW) Interactive Conference in Austin, Texas; the American Bar Association Section of Intellectual Property Law; and Comic-Con San Diego on entertainment law issues as part of the “Comic Book Law School” program.  Mr. Hogan has also provided commentary on intellectual property issues for CBS News, Bloomberg TV, and National Public Radio, and he has been quoted in publications such as The Wall Street Journal, The Washington Post, USA Today, Law360, Electronic Commerce & Law Report, The Recorder, and Managing Intellectual Property.

Mr. Hogan devotes significant time to assisting not-for-profit organizations with different issues.  In 2008, the Meals on Wheels Association of America honored Mr. Hogan with its ‘Friend of the Year Award’ for his assistance to MOWAA’s efforts to end senior hunger, and in 2019, the Jewish National Fund honored Mr. Hogan and a Gibson Dunn team with the organization’s inaugural Presidential Award for their pro bono contributions.  Mr. Hogan has served on the Boards of Directors for the Meals on Wheels Association of America Foundation, the National Foundation to End Senior Hunger, and the Washington Lawyers’ Committee for Civil Rights and Urban Affairs, among others.

From 1999-2000 Mr. Hogan was Law Clerk to the Honorable Naomi Reice Buchwald, United States District Judge for the Southern District of New York.  In 1994, Mr. Hogan helped to initiate the AmeriCorps*National Civilian Community Corps, where he served as a Team Leader until 1996 and received the organization’s Outstanding Leadership Award in 1995.