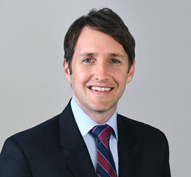 Michael Holecek is a litigation partner in the Los Angeles office of Gibson, Dunn & Crutcher, where his practice focuses on complex commercial litigation, class actions, labor and employment law, and data privacy—both in the trial court and on appeal.  Mr. Holecek has first-chair trial experience and has successfully tried to verdict both jury and bench trials, he has served as lead arbitration counsel, and he has presented oral argument in numerous appeals.  Mr. Holecek has also authored articles on appellate procedure, civil discovery, corporate appraisal actions, data privacy, and bad-faith insurance litigation.

In 2017, Mr. Holecek was selected by the Carl & Roberta Deutsch Foundation as a 2017 HALO Award winner for his work on behalf of domestic-violence survivors.  He was also honored as a winner of Gibson Dunn’s Frank Wheat Memorial Award for his commitment to pro bono work.

Mr. Holecek serves on the Board of Directors of Family Violence Appellate Project, a nonprofit organization dedicated to providing free legal representation to domestic violence survivors.

Mr. Holecek was recognized in The Best Lawyers in America® 2022 Ones to Watch in Mass Tort Litigation / Class Action.

Mr. Holecek earned his law degree with high honors from the University of Chicago Law School in 2011.  While at Chicago, he was a member of the University of Chicago Law Review.  Mr. Holecek was runner-up in the Hinton Moot Court Competition and winner of the Karl Llewellyn Cup and the Thomas R. Mulroy Award for Excellence in Appellate Advocacy.  He was a Kirkland & Ellis Scholar and was elected to the Order of the Coif.

Before attending law school, he founded and served as Managing Director of ERA Real Estate, the second largest residential real estate network in the Czech Republic.

Mr. Holecek is admitted to practice in the State of California.