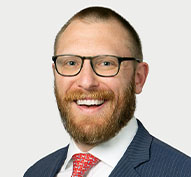 Brad Hubbard is a partner in the Dallas office of Gibson, Dunn & Crutcher.  He is a member of the firm’s Appellate and Constitutional Law Practice Group.

Mr. Hubbard was recognized by Best Lawyers: Ones to Watch in America™ in Appellate Practice for 2022 and 2023.

Mr. Hubbard is a trusted appellate advocate and counselor.  He has represented clients in their most complex, high-stakes, time-sensitive matters before the U.S. Supreme Court, the Texas Supreme Court, and state and federal courts of appeals throughout the country.  Mr. Hubbard has presented argument before the Fifth and Tenth Circuits; second-chaired arguments in the Texas Supreme Court, the Fifth, Sixth, and Seventh Circuits, and the First, Fifth, and Fourteenth Texas Courts of Appeals; and conducted direct, cross, and redirect examination of witnesses at trial.  Mr. Hubbard has successfully litigated cases involving arbitration, antitrust, class actions, the constitution, contracts, products liability, trade secrets, the False Claims Act, RICO, and state and federal criminal law.

His pro bono victories include persuading a unanimous U.S. Supreme Court to reinstate his client’s religious-liberty claims against two Kansas police officers; defeating an Establishment Clause challenge to a justice of the peace’s volunteer chaplaincy program in the Fifth Circuit; protecting the First Amendment rights of the Kountze ISD cheerleaders in the Texas Supreme Court; and giving voice to crime victims and their families in a number of important criminal cases before the U.S. Supreme Court.

Mr. Hubbard also maintains an active pro bono practice, focusing on religious liberty and crime victims’ rights.  He received the firm’s 2021 Frank Wheat Memorial Award for his commitment to pro bono work.  In addition to victories for Judge Mack, Ms. Sause, and the Kountze cheerleaders described above, Mr. Hubbard has also represented a number of crime victims and crime victims’ organizations before the U.S. Supreme Court—to make sure voice is given to the voiceless.  This includes representing Pablo Castro’s children in his murderer’s RLUIPA challenge to Texas’s enforcement of his capital sentence.  Justice Kavanaugh quoted our brief while questioning the advocates during oral argument, and Justice Thomas extensively cited (and quoted from) our brief in his dissenting opinion.  Ramirez v. Collier, No. 21-5592, 142 S. Ct. 1264 (U.S. 2022).  Mr. Hubbard also represented the victims’ families in Bucklew v. Precythe, No. 17-8151, 139 S. Ct. 1222 (U.S. 2019) (method of execution), and Kahler v. Kansas, No. 18-6135, 140 S. Ct. 1021 (U.S. 2020) (Kansas’s insanity test), a bipartisan coalition of members of congress in United States v. Briggs, No. 19-108, 141 S. Ct. 467 (U.S. 2020) (statute of limitations for rape under Uniform Code of Military Justice), and prominent victims’ rights organizations in Kansas v. Boettger, No. 19-1051 (U.S.) (state statute proscribing violent threats), and Arizona v. Goodman, No. 18-391 (U.S.) and Arizona v. Martinez, No. 16-1489 (U.S.) (denial of bail to sex offenders).

In addition, Mr. Hubbard recently represented Senators Dianne Feinstein, Jon Kyl, and Orrin Hatch—the drafters and co-sponsors of Crime Victims’ Rights Act—in a case brought by Courtney Wild, one of Jeffrey Epstein’s victims, both before the U.S. Supreme Court and the en banc Eleventh Circuit, where Judge Hull dedicated two pages of her dissenting opinion to the arguments presented in our brief.  Ms. Wild, represented by Judge Paul Cassell, alleged that federal prosecutors violated her right to confer with and be treated fairly by prosecutors by secretly negotiating a non-prosecution agreement with Epstein in 2007.  Wild v. U.S. District Court for the Southern District of Florida, No. 21-351 (U.S.); In re Courtney Wild, No. 19-13843, 994 F.3d 1244 (11th Cir. 2021) (en banc).

Mr. Hubbard graduated with Honors from the University of Chicago Law School in 2013, where he served as Managing Editor of The University of Chicago Law Review.  He was a Kirkland & Ellis Scholar and a member of the Order of the Coif.  While at the Law School, he was a John M. Olin Fellow in Law and Economics and received the Chicago Bar Association Federal Tax Section’s Award for Academic Achievement in Taxation.  Mr. Hubbard received his Bachelor’s and Master’s in Accountancy, summa cum laude, from the University of Missouri, where he was a four-year letter winner and captain of the nationally ranked men’s swim team.

He is a member of the Texas bar and is admitted to practice before the U.S. Supreme Court, the U.S. Courts of Appeals for the Third, Fifth, Sixth, Seventh, Ninth, Tenth, and Eleventh Circuits, and the U.S. District Courts for the Northern, Southern, Eastern, and Western Districts of Texas.

University of Missouri - 2010 Bachelor of Science

University of Missouri - 2010 Master of Accounting