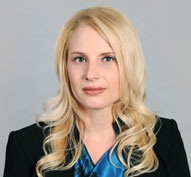 Perlette Jura is a partner in Gibson Dunn’s Los Angeles office.  Her practice focuses on complex trial and appellate litigation.  She co-chairs the firm’s Transnational Litigation Group and its Environmental Social Governance practice.  She has played a key role in a number of the firm’s most high-profile transnational, environmental and technology-driven matters.  Ms. Jura has extensive experience working with the food and beverage, agricultural, aerospace, automotive, emerging technology and energy industries.  In 2021, Ms. Jura was named among the Lawdragon Global Litigation 500, which recognizes those who specialize in international arbitration, public international law and advise leading corporations.  She was recognized by Benchmark Litigation as one of the “Top 250 Women in Litigation” in 2019, 2020 and 2021.  The Los Angeles Business Journal named Ms. Jura to its list of “Most Influential Women Lawyers” in Los Angeles, featuring 50 of the most accomplished female attorneys working in the region.  In 2020, BTI Consulting Group honored Ms. Jura a Client Service All-Star, an attorney “who stand[s] above all the others in delivering the absolute best in client service.”

Complex and Transnational Litigation: As a co-chair of the firm’s Transnational Litigation Group, Ms. Jura has extensive experience litigating and counseling on multidistrict and cross-border matters, including several mass and class action suits.  She has been recognized by Legal 500 as one of the top ten leading transnational litigation lawyers in the country.  Ms. Jura has played a critical role as a master strategist and team leader in several high-profile U.S. matters and transnational trials and appeals.  She is regularly relied upon by clients to help them develop comprehensive global strategies and has advised on matters implicating the competing laws of multiple U.S. jurisdictions and the laws of more than 50 countries around the world.  She also regularly advises on supply chain liability risks, corporate separateness and cross‑border compliance issues.

Environmental Social Governance Practice: Much of Ms. Jura’s cross-border work involves a wide variety of domestic and cross-border supply chain, human rights and tort disputes, including clients involved in manufacturing, food and beverage, agriculture and energy. In addition to litigating these matters, she also provides counseling and advice on to a number of clients on a wide range of ESG issues.

Emerging Technology: With a deep understanding of the global legal framework governing the developing body of law regulating technological developments, Ms. Jura also has substantial experience with matters involving cutting edge technological issues.  She co-founded the firm’s Aerospace and Related Technologies group and has worked on a wide range of technology-driven litigation for companies such as Intel, Yahoo, Verizon, Infor, WhatsApp, Uber and Facebook, among others.

Community and Firm Involvement. In addition to serving as a practice group leader, Ms. Jura is the firmwide hiring chair.  She also sits on the firm’s diversity committee.

Ms. Jura serves on the Board of Trustees for the California Science Center Foundation.  She is a member of the Pacific Council on International Policy, which is dedicated to addressing the world’s transforming global community and giving the West Coast a more effective voice in global development.  Ms. Jura has also served on the Board of Directors for the Women Lawyers Association of Los Angeles, where she is a lifetime member.  She is likewise a member of the Women of Stanford Law and the Diversity Law Institute.

Ms. Jura also dedicates substantial time to pro bono matters.  In 2012, she received the firm’s annual award for successfully litigating the firm’s Most Challenging Pro Bono Matter, in connection with her work on Norwood v. Bourland, a complex civil rights appeal.  In 2014, she served as a Military Commission Observer for the 9/11 proceedings in Guantanamo Bay, Cuba.  Since 2015, Ms. Jura has been partnering with Lawyers Without Borders to help train lawyers and magistrates in Africa to help combat wildlife poaching.

Some of Ms. Jura’s most recent non-confidential matters include:

Education & Background.  Before joining the firm, Ms. Jura served as a law clerk to the Honorable Pamela Ann Rymer of the United States Court of Appeals for the Ninth Circuit.

Ms. Jura is a Fellow with the Litigation Counsel of America.  She is licensed to practice in California, the District of Columbia and New York.  She is admitted to appear before the Supreme Court of the United States and the United States Court of Appeals for the Second, Fifth, Seventh, Ninth, Tenth and Eleventh Circuits, in addition to the Northern, Southern and Central Districts of California, the Northern District of Illinois and the Southern District of New York. She is a member of the International Bar Association, the American Bar Association’s Transnational Legal Practice Committee, and the Association’s International Courts Committee and the International Litigation Committee.