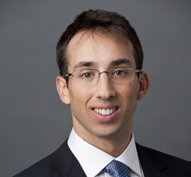 ​Andrew Kaplan is a partner in the New York office of Gibson, Dunn & Crutcher, where his practice focuses on mergers and acquisitions, and corporate governance matters.

​Mr. Kaplan represents both public and private acquirors and targets in connection with mergers, acquisitions and takeovers, both negotiated and contested.  Mr. Kaplan also advises corporations and their boards of directors in connection with corporate governance and compliance matters, shareholder activism, takeover preparedness and other corporate matters.  He also represents various major investment banks as financial advisors in M&A transactions, and hedge funds in their M&A and investment activities.  Mr. Kaplan also has represented both issuers and underwriters in a variety of securities transactions.

Mr. Kaplan was named to The Deal’s Top Rising Stars: Class of 2021, which “recognizes exemplary new U.S.-based partners with a focus on M&A and private equity.”

Mr. Kaplan is admitted to practice in the State of New York.