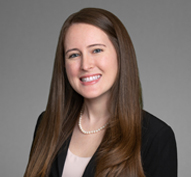 Elizabeth A. Kiernan is an associate in the Dallas office of Gibson, Dunn & Crutcher.  She currently practices with the Firm’s Appellate and Constitutional Law Practice Group.

Ms. Kiernan is a trusted appellate advocate and counselor.  She has represented clients in their most complex, high-stakes, time-sensitive matters, appearing before the U.S. Supreme Court, the Texas Supreme Court, and state and federal courts of appeals.  Ms. Kiernan has presented argument before the Fifth Circuit and has supported arguments in various courts, including the Texas Supreme Court, the Second, Fourth, Fifth, and Ninth Circuits, the Northern District of Texas, and the Third and Fifth Texas Court of Appeals of Texas.  Ms. Kiernan has successfully litigated cases involving contracts, the Constitution, and state law.

Ms. Kiernan’s most significant victories include reversing a fourteen-million-dollar summary judgment in the Fort Worth Court of Appeals, which earned the team recognition as a runner up for litigator of the week from the American Lawyer; preserving appellate victory at the Texas Supreme Court; and upholding the constitutionality of voluntary, interfaith opening ceremonies before court sessions.

University of Alabama - 2014 Bachelor of Arts