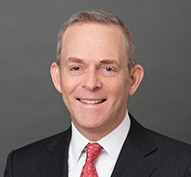 Andrew A. Lance is a partner in Gibson, Dunn & Crutcher’s Real Estate Practice Group.  He is resident in the New York office, where he is also Co-Partner in Charge of the office, a member of Gibson Dunn’s Compensation Committee and Head of the Real Estate Practice Group’s Hotel and Hospitality Practice.  Mr. Lance’s clients include private real estate equity funds, hedge funds, sovereign wealth funds, corporate and individual developers and owners, mortgage and mezzanine lenders, REITs and other public and privately held companies investing in or using real estate.  Mr. Lance also represents many not-for-profit organizations, particularly those building charter schools and involved in the performing arts.  His practice includes acquisitions, sales, leasing and financing of office, retail, hotel, industrial, recreational, professional sports and entertainment real estate, origination of mortgage and mezzanine loans and construction loans, real estate joint ventures and other ownership structures, master leases, sale-leasebacks and ground leases, and private and public-private ground leased and fee-owned development projects, as well as restructuring of complex debt structures and of equity interests in development ventures, and enforcement of remedies and realization on collateral by lenders in such projects.

Mr. Lance is a member of the American College of Real Estate Lawyers and a fellow of the American College of Mortgage Attorneys.  He is ranked as a leading Real Estate lawyer by Chambers USA:  America’s Leading Lawyers for Business.  Chambers USA described him as “extremely knowledgeable,” “an incredibly intelligent practitioner who is particularly good in negotiations” and “he just knows everything and everyone in the industry, and has a very calming demeanor about him that people on both sides like to work with.”  He is “very experienced in complex real estate transactions and very plugged in to the New York market” with his “vast transactional experience.”  In addition, Mr. Lance is recognized by Law360 as an “MVP” in the Hospitality category, is listed in The Best Lawyers in America®, New York Magazine’s “New York Area’s Best Lawyers” edition, and The International Who’s Who of Business Lawyers.  He is recommended by Who’s Who Legal  Hospitality and Who’s Who Legal  Real Estate recognizes him as a “Global Elite Thought Leader” on behalf of “international equity and hedge funds on an array of major developments in New York and beyond.”  Mr. Lance was recognized by Legal 500 as a “big player in the complex field of mezzanine and preferred equity financing techniques.”  Mr. Lance was the lead attorney for the transactions that won the Real Estate Board of New York’s Most Creative Retail Deal of the Year Award twice:  the lease by Hard Rock Café of the former World Wrestling Entertainment site at Times Square (2004), and the lease by Walgreens of the entire building at One Times Square (2007).

Mr. Lance joined Gibson Dunn in March 1999. He previously practiced law as Special Counsel with Sullivan & Cromwell in New York from 1984 to 1993.  Mr. Lance was a consultant to McKinsey & Company on their facilities leasing worldwide.  Mr. Lance is an Adjunct Professor at New York Law School, and has been a Visiting Lecturer at Yale Law School and a lecturer at the New York University Schack Institute of Real Estate.  Mr. Lance also is a frequent lecturer. He has been Co-Chair of the annual Hotel Law and Practice program of the Practising Law Institute, and his speaking engagements include a Council on Foreign Relations teleconference on “Investing Capital in Real Estate in the Current Economic Climate,” at the Real Estate Investment World Latin American Conference on “Evolution of Private Equity Transactions in Latin America,” and as a plenary speaker at the 2019 meeting of the American College of Real Estate Lawyers on “Workouts in the Age of Capital Stacks.”

Mr. Lance has been honored twice, in 2004 and 2009, by the Alliance of Resident Theatres/New York, the service organization for not-for-profit performing arts organizations in New York City, for his support for A.R.T./New York and its member organizations.  He joined the Board of A.R.T./New York in 2004, and is the former head of their Audit Committee, which he formed in 2005.

Restructuring of the debt and equity positions in real estate development projects, resort hotels and other real estate investments, including both for the owner/developer and for the lender.  Such engagements include loan extensions, forbearance agreements, deeds in lieu, UCC and real property foreclosure, modification of ground leases, bankruptcy advice and the purchase and sale of distressed debt, as well as disputes among members in owner entities including activation of buy-sell provisions.