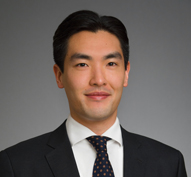 Sung Bin Lee is an associate in the New York office of Gibson, Dunn & Crutcher.

Mr. Lee received his Juris Doctor in 2018 from Columbia Law School, where he was named a Harlan Fiske Stone Scholar and served as a Judicial Extern to the Honorable Valerie E. Caproni of the Southern District of New York, Notes Editor for the Columbia Business Law Review, and staff editor for the Columbia Science and Technology Law Review. While in law school, he studied international business law in Paris, for which he received the Parker School Recognition of Achievement in International and Comparative Law from Columbia and his Certificate in Global Business Law and Governance from Sciences Po and Université Paris 1 Panthéon-Sorbonne.

Mr. Lee received his Bachelor of Science in Molecular & Cellular Biology, with honors, in 2013 from the Johns Hopkins University. As an undergraduate, he co-authored a research article on the neurotoxicity pathways underlying multiple sclerosis.

Mr. Lee is a native speaker of Korean. He is admitted to practice in the State of New York.