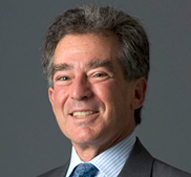 Mr. Levine was named one of the “100 Most Influential” lawyers in California and has been consistently recognized by his peers as one of The Best Lawyers in America in the area of Administrative and Regulatory Law, most recently in their 2022 publication.  The Los Angeles Business Journal has listed him repeatedly, including in 2018, as one of the “500 Most Influential People in Los Angeles.”  Mr. Levine is the President of the Los Angeles Board of Water and Power Commissioners, on the Advisory Board of the Goldman School of Public Policy at the University of California (Berkeley), and a Director of the Pacific Council on International Policy.  Mr. Levine has served as U.S. Chair of the U.S.-Israel-Palestinian “Anti-Incitement” committee established by the Wye Plantation peace agreement, as a Presidential appointee to the United States Holocaust Memorial Council, as a U.S. government appointee to the U.S. – Israel Science and Technology Advisory Commission as President of the American Friends of the (Yitzhak) Rabin Center in Israel, and as Board Chair of the Los Angeles Police Foundation.

Mr. Levine’s Congressional committee assignments included the Committee on Foreign Affairs and its subcommittees on International Economic Policy and Trade, Europe and the Middle East, and Asia; the Committee on the Judiciary and its subcommittee on Intellectual Property; and the Committee on the Interior and Insular Affairs.  Mr. Levine was especially engaged in U.S. foreign policy involving international trade and Middle East policy.  He served as Chair of the House Task Force on Exports.  He also served as co-chair of the Democratic Congressional Campaign Committee and chair of the Democratic Caucus Task Force on Latin America.  Mr. Levine founded and co-chaired Rebuild America, an educational foundation to improve American competitiveness by increasing support for high-technology industries, improving education and rebuilding infrastructure.  Between 1993 and 1997, Mr. Levine served, at the request of Vice President Gore, as co-President of Builders for Peace, the private sector effort to assist the Middle East peace process.

Firm News - August 15, 2019 | Gibson Dunn Lawyers Recognized in the Best Lawyers in America® 2020
Firm News - August 20, 2018 | Theodore J. Boutrous Jr., Debra Wong Yang and Mel Levine Named Among Los Angeles’ Most Influential People
Client Alert - June 28, 2011 | The Power to Investigate: Table of Authorities of House and Senate Committees
Client Alert - May 7, 2008 | Department of the Treasury Releases Proposed Regulations Governing the Committee on Foreign Investment in the United States (“CFIUS”)
Client Alert - July 26, 2007 | New Legislation on Foreign Takeovers in Wake of Dubai Ports Controversy
Client Alert - May 14, 2007 | Congressional Investigation: Foreseeing Oversight
Top
This website uses cookies to provide analytics on user traffic. By continuing to browse our website, you consent to our use of cookies as set forth in our Cookie Policy. However you may visit Cookie Settings to customize your consent.
Cookie SettingsACCEPT
Privacy & Cookies Policy