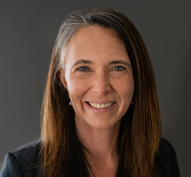 Monica K. Loseman is Co-Chair of Gibson, Dunn & Crutcher’s Securities Litigation Practice Group and is a partner in the Denver office.  Recognized by Law Week Colorado as a 2017 “Lawyer of the Year”,  Benchmark Litigation as a Rising Star in 2016 and a Future Star in 2018, Super Lawyers as a top rated Securities Litigator, and as a 2016 “40 under 40” Winner by the Denver Business Journal, Ms. Loseman has substantial experience in complex civil litigation matters. While she has represented clients in a variety of substantive matters, she focuses her practice in corporate and securities litigation, financial reporting, accounting and related investigations, accountant defense, and False Claims Act work.  She has assisted clients in defending federal and state litigation, responding to investigations by various government agencies, including the Securities and Exchange Commission and the Department of Justice.  Ms. Loseman has also conducted a variety of independent investigations involving allegations of corporate fraud and issues relating to financial reporting, accounting, internal controls, and other issues, and is skilled at interacting with Board committees and other stakeholders in presenting results and remedial recommendations.  Ms. Loseman’s trial experience includes three trials before SEC administrative law judges, several bench and jury trials, and private arbitrations.

Significant recent matters in which Ms. Loseman has played a substantial role include:

Ms. Loseman is currently the Co-Chair of the Accounting Issues Subcommittee of the ABA Securities Litigation Committee and served on the Board of the Colorado Women’s Bar Association in 2011/2012.  She regularly speaks on SEC Enforcement and securities litigation matters and has co-authored several articles and contributed to texts regarding securities litigation topics.

Ms. Loseman has long been dedicated to pro bono work:  in 2006, Ms. Loseman was a member of the litigation team that received the Firm’s inaugural Frank Wheat Memorial Pro Bono Award for the team’s successful pro bono representation of a family seeking redress for multiple violations of their civil rights.  Currently, Ms. Loseman serves as the President of the Board for Disability Law Colorado, an organization dedicated to the protection and promotion of people with disabilities in Colorado.

Ms. Loseman attended the George Washington University Law School where she served as Editor-in-Chief of The George Washington Law Review and received several awards, including an award for completing her third year with the highest grade point average and the outstanding litigation student award.  She graduated with high honors in 2002 and was elected to the Order of the Coif.  Ms. Loseman received her Bachelor of Science degree in management from Rensselaer Polytechnic Institute in 1997.  Prior to attending law school, Ms. Loseman was a consultant with KPMG Consulting in the Washington, DC area.