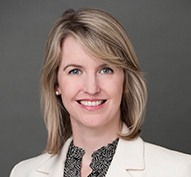 Mary Beth Maloney is a partner in the New York office of Gibson, Dunn & Crutcher, and a member of the Firm’s Litigation, Securities Litigation, and Business Restructuring and Reorganization Practice Groups.

Recognized as a leading lawyer in the area of Commercial Litigation by The Best Lawyers America®, Ms. Maloney’s experience includes successful multi-billion dollar federal bench and jury trials in the Southern District of New York and the Central District of California.  She also litigates in the New York State Courts, the Delaware Court of Chancery, and the Bankruptcy Courts of Delaware and New York.

In 2016, Ms. Maloney was a member of the trial team that vindicated Ms. Lynn Tilton against fraud charges brought by the Securities and Exchange Commission, defeating debarment and disgorgement of $200 million.   Ms. Maloney also represented Chevron Corporation—in what The American Lawyer called “The Case of the Century”— Chevron’s successful RICO and fraud suit to bar the enforcement of a $9 billion fraudulent Ecuadorian judgment, where she developed Chevron’s damages theory and put on its damages experts at trial.  She continues to represent both Ms. Tilton and Chevron in numerous forums.

Ms. Maloney is lead trial counsel in numerous pending disputes including on behalf of:  (1) a group of investment funds in a contract dispute arising out of a bankruptcy and pending in SDNY (J. Carter); (2) Centerview Partners and one of its Managing Directors in a securities fraud action pending in the Southern District of Texas; and (3) Sequential Brands Inc. in shareholder actions pending in Delaware District Court and SDNY.  After defending Sequential against charges of fraud and reporting violations in an action brought by the SEC in the SDNY (J. Oetken), she recently obtained a favorable settlement without any admission of wrongdoing or payment of any penalty.

Ms. Maloney also served or is serving as litigation counsel in numerous actions in the Bankruptcy Courts of Delaware and the Southern District of New York including, among others, on behalf of (1) Tilton and her affiliated Patriarch entities in the chapter 11 cases of the Zohar Funds, three Cayman-island based CLO hedge funds; (2) the ad hoc group of lenders representing approximately $1.5 billion of senior debt issued by Garrett Motion; (3) the secured lenders holding over $800 million in term loans issued by Tailored Brands, Inc., the parent company of The Mens’ Wearhouse and JoS. A. Bank Clothiers in its successful chapter 11 restructuring; and (4) venture fund, 8VC, in connection with post-petition financing provided to uBiome in chapter 11.

Boards and Other Professional Affiliations

Ms. Maloney was recently appointed by the Chief Judge of the State of New York, Janet DiFiore, to the Permanent Commission on Access to Justice, supporting equal access to New York courts; is a member of the Board of Directors of the New York Urban Debate League; an Advisory Board Member for Women in Funds, an organization of female attorneys and compliance professionals; Fund Chair for her Barnard College class; and an active supporter of Robin Hood.

Before joining Gibson Dunn, Ms. Maloney served as a law clerk to the Honorable Alicemarie H. Stotler, then Chief Judge of the United States District Court for the Central District of California.  Prior to attending law school, Ms. Maloney worked for six years in the California State Capitol, where as a legislative director she negotiated the first financial privacy legislation in the country.