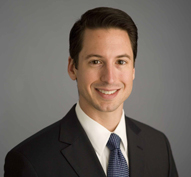 Jason J. Mendro is a partner in the Washington, D.C. office of Gibson, Dunn & Crutcher LLP, where he practices in the firm’s Litigation Department.  Mr. Mendro has extensive experience defending class and derivative action lawsuits at the trial and appellate level.  Mr. Mendro recently earned national acclaim, being named "Litigator of the Week" by The American Lawyer, for his role in winning dismissal of a major data breach class action.  In 2014, he was one of ten attorneys nationwide to be recognized by Law360 as a "Rising Star" in the category of securities law.  Mr. Mendro authors a chapter of a leading treatise on securities litigation and is a member of the Steering Committee of Gibson Dunn’s Securities Litigation Practice Group, which is consistently ranked as one of the top securities litigation practices in the country.

Mr. Mendro also has significant experience in appellate litigation and challenges to administrative rulemakings.  Among other matters, Mr. Mendro was a key contributor to successful challenges to controversial regulations with sweeping implications for the global swaps market, as well as a precedent-setting appellate victory that reversed a multi-million-dollar jury verdict under the False Claims Act.

Mr. Mendro is admitted to practice law in Washington, D.C., New York, California, and numerous federal courts, including the Supreme Court of the United States and the United States Courts of Appeals for the First, Second, Third, Fourth, Seventh, Ninth, Eleventh, and D.C. Circuits.

University of Florida - 1998 Bachelor of Arts