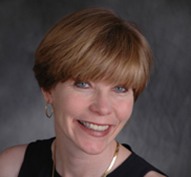 Mary G. Murphy is the co-chair of Gibson Dunn’s Land Use Practice Group and a member of Real Estate Practice Group and Sports Law Group. She also is a member of the Firm’s Diversity Committee.  Ms. Murphy represents a wide variety of developers and investors in real estate transactions and land use issues, with particular experience in public private partnerships and historic rehabilitation projects.

Ms. Murphy has strong development experience within San Francisco and around the Bay Area, including extensive experience in significant and historic public/private development deals.  Ms. Murphy’s representations include:

University of Oxford - 1983 Bachelor of Arts