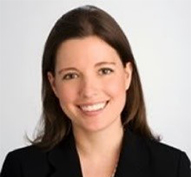 Amanda H. Neely is of counsel in the Washington, D.C. office of Gibson, Dunn & Crutcher and is a member of the Public Policy and Congressional Investigations practice groups.

Ms. Neely served as Director of Governmental Affairs for the Senate Homeland Security and Governmental Affairs and General Counsel to Senator Rob Portman.  Under Senator Portman’s chairmanship, she also served as Deputy Chief Counsel for the Permanent Subcommittee on Investigations.  In those roles, she managed Senator Portman’s regulatory reform agenda and led oversight of federal government agencies and investigations into private entities.  She previously served in several other Capitol Hill offices including as Oversight Counsel for the House of Representatives Committee on Ways and Means.

At Gibson Dunn, Ms. Neely has represented clients undergoing investigations by several congressional committees, including the Senate Health, Education, Labor, and Pensions Committee, the Senate Homeland Security and Governmental Affairs Permanent Subcommittee on Investigations, the House Committee on Oversight and Reform, the House Energy and Commerce Committee, and both the Senate and House Judiciary Committees.  She has helped witnesses prepare to testify before the Senate Banking, Housing, and Urban Affairs Committee, the Senate and House Agriculture Committees, and the House Financial Services Committee.  She also has assisted clients appearing before independent commissions such as the Financial Crisis Inquiry Commission and the Commission on Wartime Contracting, as well as assisted clients engaging with regulatory agencies such as the Consumer Financial Protection Bureau, Commodity Futures Trading Commission, and Securities and Exchange Commission in their rulemaking processes.  Ms. Neely was actively involved with the Firm’s Financial Markets Crisis Group’s efforts to monitor market developments and governmental actions throughout the 2008 financial crisis and its aftermath and advised clients how best to respond to the changing regulatory landscape.

Ms. Neely also has participated in a variety of litigation matters before state and federal trial and appellate courts, including several class action defense and False Claims Act cases.