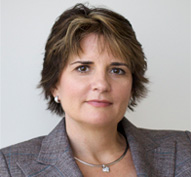 Andrea E. Neuman is a partner in the New York office of Gibson, Dunn & Crutcher and admitted to practice in both New York and California.  Ms. Neuman Co-Chairs Gibson Dunn’s Transnational Litigation Practice Group and is a member of the firm’s International Arbitration, Environmental Litigation and Mass Tort, Class Action and Appellate Practice Groups.

Ms. Neuman is a high-stakes trial lawyer whose victories include billion dollar matters in both international and domestic forums.  Her international work spans Central, South and North America at both the trial and appellate levels.  Domestically, she represents clients in an array of industries nationwide, including oil and gas, food and agriculture, aerospace, technology, accounting, real estate and financial services.  She has also served as trial counsel for state and local governments.

Her work is featured in The American Lawyer coverage of Gibson Dunn as “The 2016 Litigation Department of the Year,” “The 2012 Litigation Department of the Year,” and “The 2010 Litigation Department of the Year.”  As one American Lawyer article noted when discussing her courtroom accomplishments:  “Neuman coaxed one plaintiff to admit that he had been trained to testify ‘like a parrot,’ and she found others so frightened of retribution for testifying that they nearly collapsed during depositions.”  As a lead counsel in Chevron’s “case of the century” against plaintiffs’ lawyer Steven Donziger and related foreign litigation, she has led multiple Chevron victories, some of which are detailed in The American Lawyer’s “Inside Gibson Dunn’s Winning Chevron Strategy.” Her victories for Dole Food were likewise featured as cover stories in the California Lawyer and Corporate Counsel, and a front-page feature story in The Wall Street Journal.

Throughout her career, Ms. Neuman has received numerous accolades for her strategic and courtroom accomplishments.  She was named by Benchmark Litigation as a “Litigation Star” in New York, one of the nation’s “Top 100 Trial Lawyers,” one of the “Top 250 Women in Litigation,” and is repeatedly named one of California’s “Top 100 Lawyers” by the Daily Journal.  She was also named as one of Latin America’s “Top 100 Lawyers” and as one of Latin America’s “Top 50 Female Lawyers” by Latinvex, received the “California Lawyer Attorneys of the Year” (CLAY) Award from California Lawyer magazine, “Attorney of the Year” from The Recorder and has been repeatedly recognized as a “Top Female Litigator” in the State of California.  Ms. Neuman has also been recognized by The National Law Journal as an “Energy & Environmental Trailblazer” and by The Best Lawyers in America® in the field of Commercial Litigation.  Additionally, Ms. Neuman was named by Lawdragon as among the 2021 Lawdragon Global Litigation 500 for International Litigation & Arbitration.

University of Virginia - 1987 Bachelor of Science