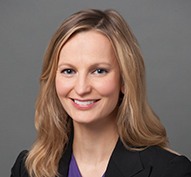 Victoria R. Orlowski is of counsel in the New York office of Gibson, Dunn & Crutcher and acts as counsel in both commercial and investment-treaty based international arbitrations, as well as in litigation matters.

In addition to representing clients, she is active in the international arbitration community. She is acting Vice President of the Standing Committee of the ICC International Centre for Expertise and is Co-Chair of the ICC Commission’s task force on the revision of the Rules of ICC as Appointing Authority in UNCITRAL Or Other Ad Hoc Arbitration Proceedings. Her recent pro bono work includes a project associated with the joint initiative between USAID and the Mongolian Ministry of Justice to reform Mongolia’s arbitration law and practice. The project involved developing a week-long course on arbitration law and practice, and several trips to Ulan Bator to teach the course to Mongolian lawyers and judges. She regularly speaks on current issues in international arbitration.

Ms. Orlowski joined Gibson Dunn from the Secretariat of the International Court of Arbitration of the International Chamber of Commerce. As counsel of the North American team and then as Managing Counsel, she supervised the ICC Court’s case management teams, performed second level review of draft arbitral awards, worked closely with the Secretary General and Deputy Secretary General of the ICC Court and ICC General Counsel to form and maintain practices and helped establish the ICC’s New York based case management team. Prior to joining the ICC, she was an associate at White & Case in New York.

She is fluent in English and French.