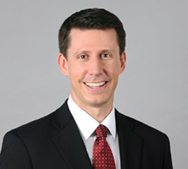 Matthew Parrott is an Of Counsel in the Orange County Office of Gibson Dunn and a member of the firm’s Antitrust and Trade Regulation Practice and its Litigation Department.

Mr. Parrott’s representative antitrust and competition matters include the following:

Mr. Parrott’s representative other matters include the following:

Prior to joining Gibson Dunn, Mr. Parrott was a litigation associate with an international law firm in New York City. Mr. Parrott also was a member of the adjunct faculty at Fordham University School of Law.

Mr. Parrott is a member of the State Bars of California and New York. He is admitted to practice before several district and appellate courts.