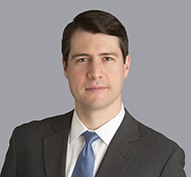 Jonathan Phillips is a partner in the Washington, D.C. office of Gibson, Dunn & Crutcher, where he is a member of the firm’s litigation department.  His practice focuses on FDA and health care compliance, enforcement, and litigation, as well as other white collar enforcement matters and related litigation.

Mr. Phillips has substantial experience representing pharmaceutical, medical device, and health care provider clients in investigations by the Department of Justice, Food and Drug Administration, and Department of Health and Human Services Office of Inspector General, regarding alleged off-label promotion and Anti-Kickback Statute violations, as well as other regulatory issues and potential fraud and abuse affecting federal health programs.  He has also conducted internal investigations and counseled clients regarding promotional practices and potential anti-kickback issues.  Mr. Phillips also regularly defends government contractors and their affiliates in government investigations under the False Claims Act and in related whistleblower litigation.

Prior to joining Gibson, Dunn & Crutcher, Mr. Phillips worked as a Trial Attorney in the Civil Division, Fraud Section of the U.S. Department of Justice, where he investigated and prosecuted allegations of fraud against the United States under the False Claims Act and related statutes.  His work at DOJ included dozens of cases involving allegations of pharmaceutical and device fraud, such as off-label promotion, adulterated products, and Anti-Kickback Statute violations, as well as a variety of other types of alleged Medicare and Medicaid provider fraud.  Mr. Phillips also investigated and tried cases involving bid rigging and other allegations of fraud by government contractors while at DOJ.  Prior to that, he was an associate at a law firm in Washington, D.C., and served as a law clerk for Judge J. Curtis Joyner of the U.S. District Court for the Eastern District of Pennsylvania.

Mr. Phillips is a member of the bars of the State of Maryland and the District of Columbia.