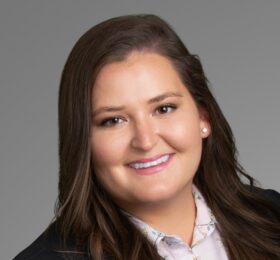 Claire Piepenburg is an associate in the Dallas office of Gibson, Dunn & Crutcher where she is a member of the firm’s Labor and Employment Practice Group.

Ms. Piepenburg has experience in a wide variety of employment issues. Representative matters include obtaining summary judgment in federal court in favor of a medical practice against age and race discrimination claims brought by a former employee, drafting an executive employment agreement for the board of a regional entity seeking to retain and protect a C-suite executive during transition of leadership to a centralized, national corporate structure, and serving as the lead associate on a workplace investigation in response to a retaliation claim brought by a former employee in connection with a criminal complaint of sexual assault in the workplace.

Ms. Piepenburg graduated from Southern Methodist University in 2013 with a Bachelor of Arts in History and Anthropology.

Ms. Piepenburg is admitted to practice before the United States District Court for the Northern District of Texas as well as Texas state courts.