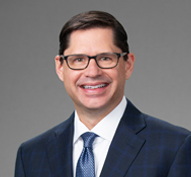 Mike Raiff is a Gibson, Dunn & Crutcher partner in Texas.  He has a wide range of litigation experience and has tried numerous cases (jury trials, bench trials, and arbitrations).  In addition to his trial and arbitration practice, Mr. Raiff has argued numerous cases before appellate courts, including Texas appellate courts and several United States Circuit courts.  Prior to joining Gibson Dunn in 2011, Mr. Raiff was a partner at the firm of Vinson & Elkins.

Since joining Gibson Dunn several years ago, Mr. Raiff has spent a substantial amount of his time handling arbitrations in the energy industry involving acquisition, infrastructure, construction, and other energy-related disputes.

BTI Consulting named Mr. Raiff to its BTI Client Service All-Stars list; the list features “those rare, exceptional attorneys standing out above all others” identified by the most influential legal decision makers as those who provide “superior client focus,” demonstrating attributes such as “putting the client’s needs and goals first, innovative thought leadership, unmatched business understanding, and outstanding results.”

Mr. Raiff received his J.D. in 1992 with high honors from The University of Texas School of Law, where he served as Associate Editor of the Texas Law Review and was Grand Chancellor (Spring 1991) and Order of the Coif.  He also holds a B.B.A. with highest honors from The University of Texas.  Following law school, he served as a Judicial Clerk for The Honorable Thomas M. Reavley, U.S. Court of Appeals for the Fifth Circuit (1992 – 1993).

Mr. Raiff was admitted to practice in Texas in 1992.  He is currently admitted in all Texas courts; U.S. Supreme Court; U.S. Court of Appeals for the Second, Fifth, and Ninth Circuits; U.S. District Court for the Northern, Southern, Eastern, and Western Districts of Texas.

Webcasts - November 10, 2020 | Webcast: Antitrust Merger Trials – Lessons Learned and Strategies for Success
Client Alert - May 27, 2020 | Texas Supreme Court Rules That “Anti-Washout” Clause Purporting to Extend Overriding Royalty Interests to a “New Lease” Violates Rule Against Perpetuities
Client Alert - October 24, 2019 | Texas Supreme Court to Address “Anti-Washout” Clauses for Overriding Royalty Interests
Firm News - August 15, 2019 | Gibson Dunn Lawyers Recognized in the Best Lawyers in America® 2020
Top
This website uses cookies to provide analytics on user traffic. By continuing to browse our website, you consent to our use of cookies as set forth in our Cookie Policy. However you may visit Cookie Settings to customize your consent.
Cookie SettingsACCEPT
Privacy & Cookies Policy