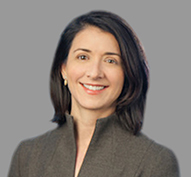 Rosemarie T. Ring is a litigation partner in the San Francisco office of Gibson, Dunn & Crutcher.

Ms. Ring’s practice focuses on complex commercial litigation with an emphasis on privacy and consumer class actions and intellectual property disputes.  She has represented companies in litigation and government investigations involving a wide variety of technologies, including social media, online advertising platforms, artificial intelligence, streaming digital media, mobile devices, and cloud platforms.  Ms. Ring also has a fashion law practice, representing companies such as Ermenegildo Zegna, Yves Saint Laurent and Versace in litigation, regulatory, and counseling matters on a range of issues, including privacy and IP enforcement programs for trademark and patent portfolios.

Highly regarded as a leading technology litigator, Ms. Ring was named to The Recorder’s “Women Leaders in Tech Law” list for five consecutive years (2013-2017), and as one of California’s “Top Women Lawyers” by the Daily Journal in 2016.

Ms. Ring focuses on clients in the technology, consumer/retail, and media and entertainment industries, including Facebook, LinkedIn, The Walt Disney Company, Verizon, Microsoft, and HTC.  She also has an active pro bono practice and is committed to local legal and community organizations.  Currently, she is co-counsel with the ACLU in a lawsuit against the Department of Defense challenging its policy excluding women from combat service.  She also serves on the board of directors for the Legal Aid Society Employment Law Center of San Francisco and The Center for WorkLife Law at UC Hastings College of the Law and was a founding board member of the Bay Area Lawyer Chapter of the American Constitution Society.

Ms. Ring earned her Juris Doctor from U.C. Berkeley School of Law and served as a law clerk to Judge Richard A. Paez on the United States Court of Appeals for the Ninth Circuit.  She also served as a White House intern for then-Chief of Staff, Leon Panetta, and was a consultant with Accenture before attending law school.