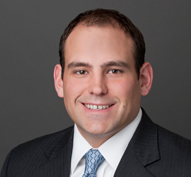 R. Scott Roe is a litigation associate in the New York office of Gibson, Dunn & Crutcher and a member of Gibson Dunn’s Intellectual Property Practice Group, specializing in patent litigation with an emphasis in the mechanical, electrical and computer arts.

Recognized by The Best Lawyers in America® as “One to Watch” and Super Lawyers® among its list of Rising Stars – Intellectual Property Litigation since 2014, Mr. Roe has litigated patent cases in diverse technical areas, including computer hardware and software, mobile telecommunications, cable video, data and voice services, pharmaceutical and medical devices, automotive hybrid technology and other automotive devices, for clients that include AT&T Mobility, Cablevision, Foot Locker, Ricoh/Pentax, Roamware, Sanofi-Aventis, Sharp, Shazam, and national mobile phone carrier.  He has played a leading role in a broad range of litigation matters, in both the United States District Courts and at the International Trade Commission.

Prior to obtaining his Juris Doctor from Boston University Law School, Mr. Roe received his Bachelor of Science degree in Mechanical Engineering from Bucknell University, where he graduated second in his class in the College of Engineering.