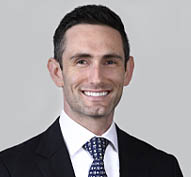 Jimmy Rotstein is a litigation associate in the Los Angeles office of Gibson, Dunn & Crutcher. He is a former federal prosecutor with extensive experience in litigating high-stakes criminal and civil matters across a broad range of practice areas. Mr. Rotstein specializes in white-collar criminal matters, government investigations, internal investigations, and complex civil litigation.

Mr. Rotstein has co-first chaired federal jury and bench trials and has argued significant motions at every stage of litigation.

Before his tenure at the United States Attorney’s Office, Mr. Rotstein was an associate at Latham & Watkins LLP. During that time, he specialized in white-collar criminal and complex litigation matters, in which he obtained multiple favorable resolutions for his clients.